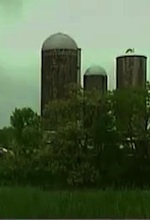 Did you know the federal government owns one out of every three acres of land in the United States. And each day we discover that it’s not enough. Utah Congressman Rob Bishop was first to uncover this last March when he exposed a Department of Interior memo that indicates the Government plans to grab another 13 million acres in Utah … and many more in, you guessed it, New England. First, here’s the interview that Congressman Bishop gave to Fox yesterday. The big news here, it’s not just Utah anymore. “They want to cap more land, they want to control more land, they are willing to go after private property and I am sorry but this is devastating …” No need for Congress. In typical Obama style … we’ll just do it.

Now Michelle Malkin … the land grab is not just limited to Utah. How’s Connecticut GRAB ya?

The federal government, as the memo boasted, is the nation’s “largest land manager.” It already owns roughly one of every three acres in the United States. This is apparently not enough. At a “listening session” in New Hampshire last week, government bureaucrats trained their sights on millions of private forest land throughout the New England region. Agriculture Secretary Tom Vilsack crusaded for “the need for additional attention to the Land and Water Conservation Fund — and the need to promptly support full funding of that fund.”

Property owners have every reason to be worried. The Land and Water Conservation Fund (LWCF) is a pet project of green radicals, who want the decades-old government slush fund for buying up private lands to be freed from congressional appropriations oversight. It’s paid for primarily with receipts from the government’s offshore oil and gas leases. Both Senate and House Democrats have included $900 million in full LWCF funding, not subject to congressional approval, in their energy/BP oil spill legislative packages. The Democrats have also included a provision in these packages that would require the federal government to take over energy permitting in state waters, which provoked an outcry from Texas state officials, who sent a letter of protest to Capitol Hill last month:

The depressing part is that desperate New England farmers, with farming on this scale costly and real estate prices falling, will likely sell their land to the government eagerly. I think Morrissey actually, has the right take on this:

In light of federal budget deficits, perhaps Washington should be looking to unload some of its real estate rather than expand its ownership of it.  California has at least broached the idea of selling its public holdings in order to reduce costs and raise funds to balance its severely dysfunctional budget.  Instead of Great Outdoors Initiatives and federal expansion of jurisdiction and control, we need a more modest approach to governance and a return to state and local control of resources and assets.

The true cost of hiring just one employee