Tehran’s police chief has ordered a crackdown on suntanned women and girls who walk around looking like “mannequins” in an effort to cleanse “social misbehaviour by women, and men, who defy our Islamic values.” The United Nations responded by placing Iran on the Commission on the Status of Women.

How could you not put these two stories side-by-side? Hat tip to AP at Hot Air.

First we have the story from two days ago in the UK Telegraph, with my emphasis in bold.

Brig Hossien Sajedinia, Tehran’s police chief, said a national crackdown on opposition sympathisers would be extended to women who have been deemed to be violating the spirit of Islamic laws. He said: “The public expects us to act firmly and swiftly if we see any social misbehaviour by women, and men, who defy our Islamic values. In some areas of north Tehran we can see many suntanned women and young girls who look like walking mannequins.

“We are not going to tolerate this situation and will first warn those found in this manner and then arrest and imprison them.”

And today we learn the United Nations has elected Iran to its Commission on the Status of Women for the next four years. I guess the appointment was a consolation prize since getting onto the full-blown Human Rights Council was just a bit to much to ask for.

As word of Iran’s intention to join the women’s commission came out, a group of Iranian activists circulated a petition to the U.N. asking that member states oppose its election.

“Iran’s discriminatory laws demonstrate that the Islamic Republic does not believe in gender equality,” reads the letter, signed by 214 activists and endorsed by over a dozen human rights bodies.

The letter draws a dark picture of the status of women in Iran: “women lack the ability to choose their husbands, have no independent right to education after marriage, no right to divorce, no right to child custody, have no protection from violent treatment in public spaces, are restricted by quotas for women’s admission at universities, and are arrested, beaten, and imprisoned for peacefully seeking change of such laws.”

About the Commission on the Status of Women…

The Commission on the Status of Women is a functional commission of the United Nations Economic and Social Council, dedicated exclusively to gender equality and advancement of women. It is the principal global policy-making body. Every year, representatives of Member States gather at United Nations Headquarters in New York to evaluate progress on gender equality, identify challenges, set global standards and formulate concrete policies to promote gender equality and advancement of women worldwide. 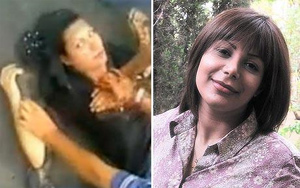 Remember Neda Agha-Soltan, who was shot at an Iranian protest? The Tweets broadcasting from Iran? (They became so important Twitter delayed scheduled maintenance.) The protesters who were imprisoned? Prison guards killing protesters who had been arrested?

Yet, our president said little more than … please stop. And his statements were defined as blunt language [snort] by MSNBC and the Associated Press.

Sanctions against Iran? China rejected further sanctions four months ago. I don’t think there has even been a harshly worded resolution from the United Nations on the subject of human rights.

Yet, they get accolades at the United Nations and the United States has no issue allowing Iran’s President Mahmoud Ahmadinejad to visit our country for a nuclear summit?

We’re doomed. Watch for more protests in Iran this summer.

Update: Doug Powers – guest blogging over at Malkin’s place – picked up on the irony today.

Declaring diplomacy with Iran a failure

Lindsey Graham: Mr. President Tell Us How This Ends