This is not new information for those of you in Iowa, but since the Hawkeye State became “shall issue” at the beginning of the year, permit applications are up almost 400 percent and the anti-gun nuts are freaking out. It’s public information, they demand the “right” to know who’s packing.

Since I pay a significant amount of tax dollars to the town, state and federal government, I must have “the right” to have provided to me a list of everyone who is receiving food stamps, enrolled in the Housing Choice Voucher Program (aka Section 8), receives subsidized school breakfasts, and/or collecting Social Security disability payments.

I have the “right to know” since this is – or should be – transparent public information and funded by tax dollars. Heck, I don’t want just a list of names … Provide it to us in database format so someone can create a cool Google map with the details. The paper’s reasoning is that since permits are required and there is a county application process, it’s public information and they have the “right to know.”

If I did this, I’d be brandished a racist bigot who wants to stigmatize those in need.

The paper – who I’m not going to bother linking to – is a weekly who has done this routinely in the past. They have only been provided names without addresses, but they argue they deserve to get and publish the addresses too. Honestly, it’s all about generating Web traffic to their site. For the investment of $20 and a few phone calls, they get quite the return.

Really, what else could be the reasoning? Well, the publisher thinks it’s a pretty cool idea…

Could be your neighbor. Or a teacher. Or the girl at the checkout at the grocery store. They all could be packing heat for any variety of reasons. Maybe they were once the victim of an assault. Maybe they feel the need to protect themselves from a robber. Or maybe it just makes them feel invincible. There are a lot of reasons why people choose to carry weapons. And the truth is that knowing who is carrying a gun can be very difficult to tell. But after a handful of requests, a payment of $20 and a few weeks of patience, we were able to access this public record list detailing those who have applied for permits to carry from the Polk County Sheriff’s department. We decided to publish the complete list in alphabetical order in an expanded version of this week’s paper. There are more than 5,000 names for you to sift through, but the law says we all have a right to know who may be concealing weapons. We think it’s a good idea, too.

Smoking guns? Are you friggin’ kidding me? This guy’s a total loon, but considering his publishing partner was in a leadership position at NBC and took the fall when the network was blowing up pickup trucks to sensationalize a story, it’s not hard to believe at all.

Even with the huge uptick in permits issued, in no way does that mean these law-abiding citizens are carrying a concealed pistol or even own a gun.

By the way … has there been a huge uptick in gun crimes in Polk County since the beginning of the year? Certainly with thousands of approved permits, the streets must be rivers of blood by now with all the shootouts.

Last September, I responded to an opinion piece from Susan Campbell at the Hartford Courant on this same subject.

Campbell noted (my emphasis in bold)…

While making the permit process more stringent, the [1994 Connecticut] law removed from the public record information about people who made it through the process. Talk at the time centered on safety and privacy, with this odd logic: If the particulars of permit-holders were made public, their homes would be targets for robbers, although one would think knowledge that a neighbor has a gun or guns would make that neighbor’s house a less attractive option for a break-in.

Odd logic? If that is odd logic, how about the fact criminals could use the same information to confirm homes they target are not protected by owners who have firearms permits? The perceived danger for homeowners works both ways, and I prefer to keep the criminals guessing.

How about abused spouses who are hiding from abusers and have chosen to protect their own lives by installing security lights, locking doors and windows, installing a security system and owning a firearm as a last defense at home and when traveling about? I’m certain those pushing for the mass-release of these state databases would come up with some sort of waiver to protect their identities and locations … their privacy and safety is – of course – very important. The rest of us … not so much. 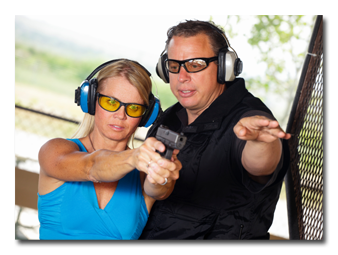 Campbell chimed in on the blog post highlighting her article. She honestly could not figure out why this information (the names and details about pistol permit holders) should not be public information. She could provide no reasoning at all except for “it would be good to know.” Her logic seems to evolve around the misconception that ensuring this information is public is somehow related to looking “at why we have so much gun violence in this country”.

It’s private information Susan, and the topic is not related to gun violence at all. The simple reason the anti-gun crowd and the I’m-not-comfortable-with-guns crowd is interested in this information is to create a social stigma to having a permit and/or owning a gun.

A portion of my comments from Campbell’s article…

[T]hese efforts are to simply brand those with Connecticut pistol permits – even if they do not own a gun – as members of society who need to be monitored. They are also trying to embarrass – as an example – the 20-something female who lives at home alone who feels she needs a pistol for protection in the home when that female’s friends, family or co-workers are anti-gun and routinely chastise gun ownership.

As noted prior, it’s partly about newspapers creating gossip-driving web applications that increase their page view count so they can sell more advertising.

Again really … why else publish this information?

Yellow journalism is alive and well.

My Governor does not heart NJ’s Governor

An Easter Message to Christians and non-Christians
Scroll to top