Not just any Islamic cleric, we’re talking about the radical Anwar al-Aulaqi, who once served as imam in a Falls Church, Va. mosque attended by traitor and terrorist Nidal Hasan. Speculation is al-Aulaqi counseled Hasan after the spiritual leader bolted for Yemen.

The dots are turning into pretty clear lines, and what really ticks me off is the reports within hours of the attack indicating terrorism was not a factor. Bull feathers. As soon as that statement came out, I knew it was terrorism since as far as I was concerned it met the definition. In the days since, we’ve all heard the stories – or maybe you have not – indicating Hasan was radicalized or on his way.

U.S. intelligence agencies intercepted 10 to 20 e-mails from Hasan to Anwar al-Aulaqi, a U.S. citizen who once was a spiritual leader, or imam, at the suburban Virginia mosque where Hasan had worshiped, said a law enforcement official who spoke about the investigation on condition of anonymity.

Aulaqi responded to Hasan at least twice, according to Rep. Peter Hoekstra (Mich.), the ranking Republican on the House intelligence committee. 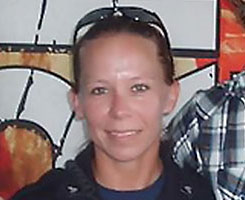 Before I go on, please remember to read about the Fort Hood heroes, including police Sgt. Kimberly Munley who took down Hasan and was shot herself, and 19 year old Army nutritionist Amber Bahr who did not even know she had been shot as she put a tourniquet on a wounded soldier and got him to medical care. Also, remember the fallen.

Now, sending a few e-mails to a imam (spiritual leader) is certainly not a crime. Sources also indicate al-Aulaqi responded to Hasan twice and those replies were “pretty innocent.” But add this to statements and actions by Hasan, and we’ve got a problem that should have raised red flags.

What are the other dots we’ve got? How about US intelligence agencies informing the Army Hasan was attempting to contact al-Qaida?

Instead of duplicating the efforts of others, here are links to some very good blog reporting over the last few days.

Here is what we know about Hasan so far:

AJ over at Strata Sphere has a very good wrap-up diving into the details about how the US intelligence community may have had their hands tied. AJ has a second post with more details and his proposed time line of events that seems pretty solid. He also directs us over to Michael Isikoff’s article in Newsweek.

Would we have shrugged at correspondence between a naval officer studying Kamikaze attacks and a member of Tojo’s staff?  Or would the FBI have hotfooted it over to the Pentagon to recall the officer in question ASAP?

Quick comment about the blame game. We’ve heard that he was picked on. We’ve heard the pistol he bought was a “cop-killer” gun (oh, come on now…) and we’ve heard Hasan had post tramatic stress disorder by proxy.

Thanks to Jim Hoft over at Gateway Pundit who links us to J.R. Salzman’s Web site. Salzman is a world champion log roller, soldier, and wounded Iraq War veteran. Salzman is disgusted at the PTSD by proxy trial balloon. Go read Salzman’s post…

I’m more than a little angry right now. Yes, I’m irate that some sh-tbag Major (“sh-tbag” is often used as a technical term in the Army) opened fire on a group of his fellow Soldiers killing 12 and wounding 30. But that’s not even what is under my skin right now. What is bothering me is the general reaction of our media and those stupid enough to think this was not an act of terrorism, but was caused by supposed PTSD caused at Walter Reed Army Medical Center.

You want to know what PTSD is like? I’ll tell you. Read more…

Fort Hood round up – Video

9/11 Terrorists to be tried in Federal Court – Update: Giuliani – America on trial

al-Qaida in Yemen set up failed terrorist attack on airliner