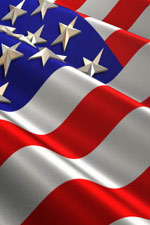 USA Today posted a recent story titled “In vitro babies denied U.S. citizenship” in which it was reported a woman who went to Isreal for a successful in vitro fertilization procedure was informed by an embassy staffer her children were ineligible for American citizenship:

An embassy staffer wanted to know whether Lavi got pregnant at a fertility clinic. She said yes and was told that her children were not eligible for citizenship unless she could prove that the egg or sperm used to create the embryo was from an American citizen.

The incident points out what critics say is a glaring inequity in U.S. citizenship regulations. A child adopted overseas by a U.S. citizen is eligible to become an American, and a baby born in the USA is American even if the parents are not.

But a child born to a U.S. citizen overseas through the increasingly common practice of in vitro fertilization with embryos from donor eggs and sperm is not American, unless an American is one of the donors.

Get that?  If a child is born in the U.S. to illegal aliens, the kid is automatically a citizen, but if the child is born to a citizen as a result of an IVF procedure that uses eggs and sperm from foreign donors, they are currently denied citizenship.

What else has this conceived (pun intended)?

Profiling?  Separating a child from its parents on the basis of citizenship?  Where have I heard those before?  Surely this must be some plot by intolerant Republicans!!  But no, our “enlightened” and “tolerant” State Department is headed by one of the most recognized feminists in the world.  How could the “smartest woman in the world” have let this slip by?  Or worse, how can they let it go in the face of millions of illegals having anchor babies in this country?   Have they redefined what it means to be “born” to a woman?

If you really want to extrapolate this (and what good lawyer wouldn’t?), has the State Department now granted the sperm and egg, and even the fetus, de facto citizenship status, and therefore rendered them to be “legal “persons” of a sort?  Does it not make Roe v. Wade worthy of more scrutiny?

It is probably a relatively easy fix, but for now, it’s a bit of a sticky wicket, wouldn’t you say?

Loosing a Seat in Congress – What to do?