Sticking with the you-need-government-to-take-care-of-you theme, Representative Jim McDermott, a congressman from Washington state, has brought fourth legislation to help the hard working people around the United States that are having a tough time paying for gasoline.

That’s right, he wants the federal government to help fill gas tanks. What a tool. Congressman, do you have the guts to let us know what section of the United States Constitution provides Congress with the authority to fill up the gas tanks of its citizens?

Writing this article brings me to the exact reason why I started this blog. The site is a conservative primer; a teaching tool if you will. So, back to my point.

The United States Constitution, provides very limited powers to Congress, the Executive branch and the Judicial branches of Federal government. I frequently enjoy referring to Amendment 10 of the Constitution which states…

So again sir, what part of the Constitution gives the Federal government the authority to fill up gas tanks?

If you’d like to read the proposed legislation, knock yourself out. The Emergency Gasoline Assistance Act is only four pages, but ensures that the states – to get the cash – need to provide all sorts of information to the feds about their plan to spend the cash. Just that could keep a dozen lawyers in each state employed for the next year.

Here is part of Section 2 of the proposed bill.

USE OF FUNDS.—To the extent that an amount is paid to a State under section 2002 of the Social Security Act by reason of subsection (a) of this section, the State shall use the amount only to provide a subsidy to assist individuals who operate motor vehicles and are members of families with incomes that do not exceed 300 percent of the Federal poverty line to purchase gasoline, and shall target the subsidy to individuals in families that demonstrate the greatest need for the subsidy, which should be used primarily to purchase gasoline for transportation related to employment (including transportation to child care facilities).

Under McDermott’s bill, the Social Services Block Grant (SSBG), which is an annual grant made to states to finance social programs aimed to assist vulnerable populations, like the aged, the disabled, and the impoverished, would receive a $5 billion infusion to finance the Gas Stamps program. By utilizing the SSBG, states would be able to tap into a funding stream with which they are familiar to immediate assist people with the high price of gasoline.

“I hope Congress will act quickly on this legislation. I proposed it in the spirit of something President John F. Kennedy once said: ‘If a free society cannot help the many who are poor, it cannot save the few who are rich.’”

Why not just have the federal government pay for all of the gasoline for “those in need” congressman? If $5 billion isn’t enough, why not make it $10 billion, or maybe $50 billion.

Look, Congress does not have this authority. If the states wanted to come up with individual plans at least that is legal – but certainly the way to go in my opinion.

Maybe Congress should consider reducing regulation and dropping federal taxes on fuel? Nope, not going to do that – they loose power and that’s what this is all about.

Pam at Right Wing Voices mentions that the program – if enacted – would probably become one of the additional slush funds available to states to use as they please. She also reminds us of the full Kennedy quote that always seems to get twisted by liberals. 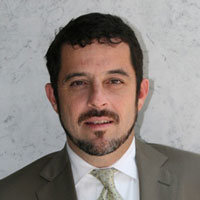 We do not need another “Contract with America”

Williams helps us understand the Constitution

Murphy on First Amendment: Should not apply to corporations (groups of people)

States and their fight to get federal funding