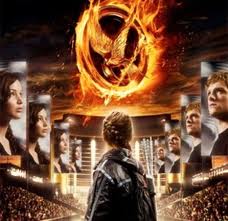 I would have never given this article a second look if it wasn’t for a conversation between one of my best friends and his daughter earlier today. I had never heard of The Hunger Games, but leave it to the weird media to connect a fictional, post-apocalyptic world where teens fight to the death to teaching kids how to responsibly hunt for food.

It sounds like a scene from “The Hunger Games:” Kids under the age of 10 are learning how to shoot guns and crossbows in Michigan. They’re learning how to hunt — small game, that is, but with smaller weapons and the supervision of an adult.

Although I had no idea what the book was all about until this afternoon, learning how to hunt with their parents, grandparents and mentors at their side is absolutely nothing at all compared to the premise of The Hunger Games. From Wikipedia…

[O]ne boy and one girl between the ages of 12 and 18 from each district are selected by annual lottery to participate in the Hunger Games, a televised event in which the participants (or “tributes”) must fight to the death in a dangerous outdoor arena controlled by the Capitol, until only one remains.

Let me make the point again that I know little to nothing about the book or the upcoming movie, and I’m certain a significant portion of the book is dedicated to issues like self-preservation, hunting for food and other outdoor skills. But why take the unneeded approach to connect hunting, which is becoming more and more a lost art, to a book with a theme like this?

Maybe I’m totally wrong and the book will be responsible for more kids asking about, and getting involved with, hunting and fishing with their parents. Maybe it’s just a good book for teens. Maybe headline news is just trying to get the article included in search results for ‘hunger games.’ (I could not avoid it since it’s the premise of my post.) That said, I’d rather see mom and dad take advantage of Michigan’s Mentored Youth Hunting Program.