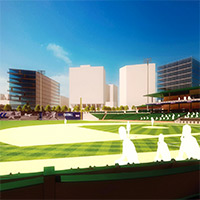 It’s amusing. In some warped, political way of thinking, being “fully transparent” and “involving the community” concerning bringing the New Britain Rock Cats to Hartford equals telling the community opening day at the new stadium will be April 7, 2016.

From The Hartford Courant.

Residents on Monday criticized city leaders for what they called a lack of transparency. Segarra said last week that Hartford had been in talks with the Rock Cats for a year and a half. Word about the project only became public last week. …

Segarra responded through his spokeswoman Monday night: “We have understood from the beginning that this project would require public discussion, participation and dialogue. Just like tonight, there will be many opportunities to learn more about how this revitalization will be an asset to the community for years to come.“

In other words, the communities opinion does not matter one bit. They could care less. Trust them, the politicians in Hartford have this covered. They know what’s best. Even though it seems a significant number of people who spoke were against Hartford funding a 9,000 seat stadium with $60 million in bonds, they were ignored. But don’t worry, there will be plenty of future meetings for you to attend and find out how good this will be for you!

Kind of reminds me of the new gun control laws passed in Connecticut. Nine out of 10 people spoke against additional regulation. Nine out of 10 people sent in their comments against additional regulation. We were ignored and dismissed. Don’t be surprised if the Hartford City Council starts calling you “closed minded” for not understanding why this is worth while to the city. (We were referred to as “nuts.”)

Well Hartford residents, how does it feel to be ignored by politicians?

More than 80 in Executive Branch knew about Bergdahl swap