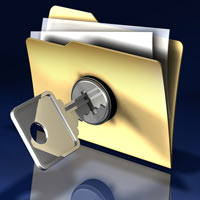 Imagine if we learned the Bush (43) administration – even with a warrant – got a judge to approve the NSA’s access to the time, date, phone number called, and phone number received of the parties for every single international and domestic phone call made on a specific network?

Scroll for an update…

I’m interested in why they need to cast such a wide net. The order excludes the name, address, and financial information of the customer, but I assume with the data collected they would be able to sort and find hits, and go back to the court and ask for the subscriber information for a specific International Mobile Subscriber Identity (IMSI) number. Unlike what we heard about before – excluding domestic calls – this order includes domestic calls. I’ve never liked this and don’t like it now. I think you need to have specific information on targets – probable cause – to collect this information.

Imagine if your local police department went to the court and asked for all of the phone records for everyone in the town occurring right now and in the future. Let’s say they were looking for patterns to undercover criminal activity based on time of calls between IMSI numbers. Isn’t that what the NSA is doing just on a broader basis? The order …

…requires Verizon on an “ongoing, daily basis” to give the NSA information on all telephone calls in its systems, both within the U.S. and between the U.S. and other countries.

They are not recording the calls, but if you’re a Verizon customer with a US account and you make a phone call to your doctor, lawyer, brother, sister, mom or local drug dealer, they have the date and time you called along with the length of the call. I’m assuming that with the additional information collected – trunk identifier – they will have your general location.

The order states says Verizon “shall produce to the National Security Agency (NSA) upon service of this Order, and continue production on an ongoing daily basis thereafter for the duration of this Order … an electronic copy of the following tangible things: all call detail records or ‘telephony metadata’ created by Verizon for communications (i) between the United States and abroad; or (ii) wholly within the United States, including local telephone calls.

Again, we gave the federal government enough rope to totally invade our privacy, and expected they would only use that power for good. And you thought you really didn’t have to worry about government tyranny?

The original story, and the court order, can be found over at the UK Guardian website. From the Washington Post, we learn this is an ongoing thing, being renewed every 90 days.

An expert in this aspect of the law said Wednesday night that the order appears to be a routine renewal of a similar order first issued by the same court in 2006. The expert, who spoke on the condition of anonymity to discuss sensitive issues, said that the order is reissued routinely every 90 days and that it is not related to any particular investigation by the FBI or any other agency.

So as technology improves and everything gets smaller and cheaper (hard drive space), would it be acceptable for the government to demand Verizon or any other carrier store all text messages? Record calls? Then would they be able to collect all – and I mean ALL – the “non-identifiable information” and use that information to look for probably cause to get the names, text messages and recorded calls of the targets? How far are we going to let this go?