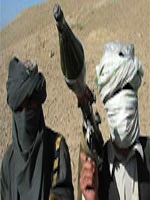 The outcry from conservatives was heard round the world. How could we and other NATO nations negotiate with the terrorist Taliban … knowing that handing them power would mean a certain haven for AQ and a terrorist state? Well, not to worry my friends … the US spent months talking with an …. impostor? Geeze.

According to the Wall Street Journal,  first reported in the New York Times, NATO leaders had met with the alleged Taliban leader working on an agreement in Afghanistan that promised to end the war and allowing American troops to leave with their heads held high (which will happen anyway my friends I assure you).

The con man’s willingness to talk and relatively mild demands—for example, he did not insist on the withdrawal of foreign troops from Afghanistan before opening peace talks—had raised hopes that the peace process here was finally making progress after two years of often fitful and futile attempts at negotiating with the Taliban.

Instead, Afghan and U.S. officials are now trying to clean up what one Western diplomat called the “most bizarre mess” of the nearly decade-long war.

They are also faced with an embarrassing reversal: only last month, U.S. Gen. David Petraeus, the commander of American and allied forces in Afghanistan, was telling reporters that the coalition had provided safe passage for senior Taliban leaders to travel to Kabul and talk with the Karzai administration.

Ho boy. So we are helping an impostor cross allied lines in an effort to hammer out a deal which was never going to happen?

The impostor, whose true identity is not clear, “is a very daring man … he thought he was more clever than we were,” the Afghan official said.

Umm, yup. But there’s more. So much more. Apparently we were so encouraged by the talks that we were giving him money. Think the Taliban is having a good laugh on this? Well, yes they are.

But the Taliban maintained it was not negotiating, and the insurgents began gloating Tuesday as word spread of the ruse. “The Americans and their allies are very stupid and anyone could fool them,” said Taliban spokesman Qari Yusuf Ahmadi in a telephone interview.

The Afghan official said he and some of his colleagues are not sure what motivated the impostor. Maybe it was money or perhaps he was sent by Pakistan’s intelligence service, which U.S. and Afghan officials say has deep ties to the Taliban, to find out what the Afghan government was offering in peace talks, the official said.

“Hey Abdul, pop me a cold one, this one’s too much. The Americans actually thought we were negotiating with them.”

Smart diplomacy. Sometimes you think you are soooooo smart, your awesomeness is so amazingly awesome, that you are convinced you can strike a deal with your personal smartness, and the enemy will come willingly to your way of thinking. Memo to the State Department. You’re not smart, they are the friggin enemy. Period.

“Give Our Generals What They Need”- Sign the petition

Wikileaks to the US Military: Hey! We need your help to rat on your friends