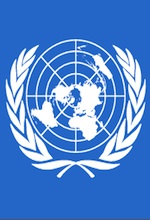 I received what follows from my engineer friend. You can’t make this stuff up.

Thirteen years after implementing the 1997 Kyoto climate treaty and 23 years after implementation of the 1987 Montreal Protocol, the UN is getting around to kinda sorta looking into apparent abuses that have resulted in siphoning off billions of dollars from “rich” nations and into the coffers of “poor” nations, like China. It all revolves around the concept that those who behave responsibly, have a responsibility to pay those who behave irresponsibly.
In this case, the United Nations’ Clean Development Mechanism (CDM) has been paying chemical manufacturers in such places as China, India, and Mexico the tidy sum of $100,000/ton to destroy the ozone unfriendly refrigerant HFC-23 (no longer produced in the US) out of a fund established to pay for carbon offset credits.  What could possibly be wrong with that, you ask?

But that gas [HFC-23] is a byproduct of an ozone-friendly refrigerant, HCFC-22, which those chemical makers also are paid to produce under the U.N.’s ozone treaty. Environmentalists say there is so much money in getting rid of HFC-23 that the chemical makers are overproducing HCFC-22 to have more of the byproduct to destroy.
“The evidence is overwhelming that manufacturers are creating excess HFC-23 simply to destroy it and earn carbon credits,” said Mark Roberts of the Environmental Investigation Agency, a research and advocacy group. “This is the biggest environmental scandal in history and makes an absolute mockery of international efforts to combat climate change.””

Kind of makes you wonder why anyone would be opposed to cap and trade.

Obama administration calls for reduction in regulation on business

Williams: EPA cover up and “cap and trade”

The cost of “going green”

Green energy: Make it so
Scroll to top