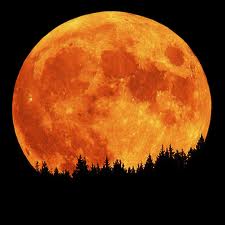 No thanks Newt Gingrich. Although Katrina Trinko at NRO’s The Corner thinks adding the Moon as state number 51 is a whimsical idea, there is no way I think we should plan for a permanent moon base within nine years.

I love space. I think it’s totally cool. But with the present condition of our government’s bureaucracy and the fact that our populous is so dependent on entitlements, we must concentrate on changing our culture.

I think Newt Gingrich understands how hard it is to change a culture, but changing the culture in a few years may be an idea even more grandiose than a permanent base on the Moon in nine years.

Gingrich, a long-time proponent of spaceflight and public zoos, added, “By the end of my second term, we will have the first permanent base on the moon and it will be American.”

My issue with Gingrich isn’t that the goal is unworthy — Ace does a nice job explaining the national-greatness appeal of big space programs to conservatives — but that message discipline on spending is desperately needed if the GOP is going to convince voters that our fiscal crisis is as dire as it is. How do you tell seniors that we need to start cutting Medicare if you’re busy telling space contractors to get cracking on moon igloos or whatever?

Newt goes after Chris Mathews – What kind of racist thinking do you have?

Why is Christie bringing up the Gingrich 1997 ethics charges?

Pelosi pulled this “I know something about Newt” stuff twice

Tax-Exempt Media Matters for America illegally coordinates with Congress (U...
Scroll to top