I’m not sure this is much different than using coffees in the White House, or renting out the Lincoln bedroom as a way of raising funds for a political campaign. But it’s a stretch to say what Pres. Obama is doing right now to raise money for the Democratic Party is the same as what George Bush did and Ronald Reagan did. Video to compare and contrast below the fold.

In March the President held a fundraiser in the White House with … wait for it … Wall Street executives. Aside from the fact that, according to Democrats, Wall Street is the exclusive property of Republicans, it netted the young president of cool $1.7 million.

Now the president is using the Internet and the White House to raffle off a dinner with him and … wait for it …  Joe Biden. Here’s the video and it really is worth a look. It’s not too late enter today.

Jake Tapper at ABC looked into this and he says there’s nothing illegal about it. Maybe so but it’s not exactly hope and change.

Officials from good government groups Tuesday criticized President Obama for engaging in fundraising-related activities on the grounds of the White House, though they did so noting that the president is joining a long tradition of presidents who have done so.

On March 7, President Obama met with more than two dozen financial leaders and executives, in the Blue Room of the White House. The event was organized by the Democratic National Committee, and all but one of the individuals appear to be campaign contributors to the president.

More recently, the president taped a video in the residence of the White House, as part of a fundraising “raffle” for donors, offering a dinner with him as a prize.

“It is wholly understandable why the president would want to consult with business executives about their ideas about, you know, what to do in terms of economic policy and business policy going forward, including financial sector policy,” Carney said, “and the fact that they’re supporters, obviously, he would want to talk to his supporters about that, as well,” he said.

Jay Carney tells Tapper it’s nothing different than what George Bush did and what Ronald Reagan did. But take a look at the videos my little mobsters. The ads that Carney points to just show fleeting scenes of W in the White House at the beginning of the bad. Is it me or has the young president taken campaigning from the Oval Office tour: the level?

Just a difference without a distinction? Personally I think there’s a big difference here. But I’m not sure the president sees one. And to be truthful I’m not sure he really cares. Do you?

One more thing to think about here is well. Apparently some rooms of the White House are off-limits for this kind of fundraising.

A White House official told ABC News that filming the video in the White House residence “is entirely appropriate. The legal restriction is only that we cannot solicit funds in certain offices in the White House which we’re not doing.” The DNC brought the film crew and paid for it.

And Fox’s doing a little compare and contrast over the last 24 hours and questioning whether this is one of the rooms that might be off-limits. I’m not sure even the kiddies at the White House are that stupid. 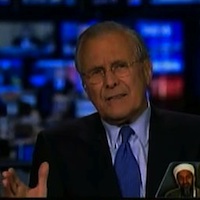 Senator, You Are Scaring Me

It’s everyone else’s fault, and, I have a plan

Unbecoming of an Officer…in this case the Secret Service

Let’s stop making these $1 presidential coins shall we?
Scroll to top