We adore Thee oh Christ and we praise Thee, because by your holy Cross You have saved the world … 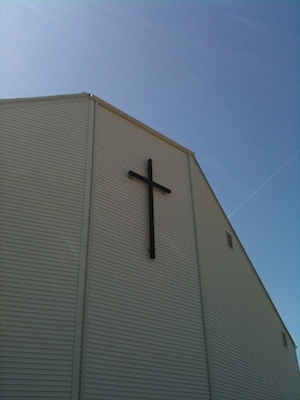 For God so loved the world that he gave his only Son, so that everyone who believes in him might not perish but might have eternal life. For God did not send his Son into the world to condemn  the world, but that the world might be saved through him.
John 3:16-17

Something to think about on this Good Friday, I have included this passage as well. Jesus hung on the cross, scourged, bleeding to death, and at his feet stood his mother. This passage always makes my heart ache. Imagine the pain Mary had to endure while watching her son, butchered and tortured and nailed to a cross, slowly die, while she could not do anything to stop it. Any parent can feel that pain even two thousand years later.

When Jesus saw his mother, and the disciple whom he loved standing near, he said to his mother, “Woman, behold, your son!” Then he said to the disciple, “Behold, your mother!” And from that hour the disciple took her to his own home.After this Jesus, knowing that all was now finished, said (to fulfil the scripture), “I thirst.” A bowl full of vinegar stood there; so they put a sponge full of the vinegar on hyssop and held it to his mouth. When Jesus had received the vinegar, he said, “It is finished”; and he bowed his head and gave up his spirit.

Taking another look at the United States Constitution Review on Net Neutrality – a problem that does not exist?
Scroll to top