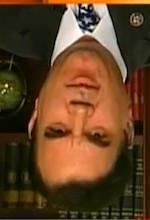 Any sane person will be delighted to learn that Alan Grayson (D. Fl.) will not be returning to Washington D.C. come January.  Although it’s not “official” yet, Daniel Webster (R.) appears to have won Florida’s 8th Congressional District.

The loud sound you hear in the background is Grayson’s imploding ego.

To paraphrase, for the first time in two years, I am proud to be a citizen of Central Florida.

It is now official.  Grayson has lost.

Fact check: 45,000 die because they lack insurance? Not so much.

Florida says, sorry, Charlie, no lapel pin for you