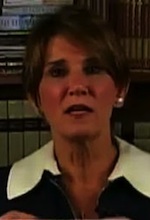 I wish I could say I came up with the headline but I did not. It’s from the SOS. The proposed Obama tax credits for business are getting some kudos from the right but I believe it is knee jerk because there is nothing to celebrate here. The tax credits are short term stimuli not unlike the cash for clunkers program, all the while masquerading as a sop to the Republicans while still leaving control with the state and the statists. Mrs. James Carville gets it and so does … well of course he does … Charles Krauthammer.

First the Obamadetails on the credit. Businesses will receive an immediate credit for new plant and equipment that they purchase instead of the normal 5 to 35 year write down that we have now for companies. The theory is, since companies can depreciate it immediately, they might as well purchase it immediately, even if the equipment isn’t already obsolete. Money for biz and money for the suppliers.

In a normal economy that might be fine … but this will have consequence of just moving purchases from long term to short term. In othe words, a cash for clunkers for business.

Undeterred by the boom and bust experiences of the “cash for clunkers” program and the first-time homebuyers tax credit, President Obama will reportedly announce on Wednesday a new tax plan aimed at jump-starting business investment by allowing firms to immediately expense new capital purchases made in 2011 rather than depreciate them over many years as they must do now under current tax rules.

While economists generally prefer expensing over depreciation, the problem with the Obama plan is its short-term and temporary nature. To whatever extent the Obama plan encourages firms to buy new equipment or invest in new factories it will be simply be bringing those investments to the present from the future. At the end of the day, the economy may be no better off overall.

Now when comparrisons are made to Ronald Reagan, in particular the R and D tax credit, one should remember that Reagan’s tax reform was across the board, income tax rates, not rebates, corporate, capital gains, dividend and interest, it was all included.

But Obama can’t do that. That allows businesses to control the cash and spend or invest where they see fit. Obama and Democrats just cannot allow it, because it means a loss of control. Statists must always be in control. Republican strategist Mary Matalin caught that right out of the gate last night on CNN.

And Charles Krauthammer got it just a few minutes later on Fox.

The bottom line here is simple. Cutting taxes does indeed stimulate an economy, even the lefties see that and they would be right. But the lefties are banking on a few targeted tax credits doing the same stimulating Reaganesque tax reform would do, without giving up ultimate control and power. They would be wrong.

Hey, these guys have never even sold a pair of shoes
Scroll to top