From the “why don’t they do something” file, we have the federal government stepping in to ensure airlines don’t leave passengers inside of aluminum tubes sitting on airport taxiways more than three hours.More feel good legislation that will ripple through the industry and make travel worse than it already is. Last week the President Obama’s United States Department of Transportation decreed … there will be an airline passenger bill of rights, and passengers will no longer be inconvenienced by waits of more than three hours while sitting in an aircraft while it is not airborne.

And The One said … let it be done…

Idiots. From the DOT Web site…

The new rule prohibits U.S. airlines operating domestic flights from permitting an aircraft to remain on the tarmac for more than three hours without deplaning passengers, with exceptions allowed only for safety or security or if air traffic control advises the pilot in command that returning to the terminal would disrupt airport operations. U.S. carriers operating international flights departing from or arriving in the United States must specify, in advance, their own time limits for deplaning passengers, with the same exceptions applicable.

Carriers are required to provide adequate food and potable drinking water for passengers within two hours of the aircraft being delayed on the tarmac and to maintain operable lavatories and, if necessary, provide medical attention.

Now, I’m not a big fan of traveling by air anymore (I used to LOVE every aspect of it) but does anyone out there think airlines actually want their customers to sit on the tarmac for three hours? In general, good management is dull management, but when you’re operating flight services dependent on everything from weather to union rules, you’re going to experience delays.

For certain, I’d want to get off the damn airplane if we were sitting on taxiway tango 10 for three hours, but if I found out the weather was going to be clear to fly in 10 minutes, but we had to go back to the terminal and deplane due to a federal regulation – I’d be even more ticked off.

Sure, some really stupid events have happened in the past involving passengers sitting on aircraft for almost a full business day with little food, water or working restrooms but those stories are few.

Sure, some airline personnel are complete idiots and could not give a crap about customer service. Maybe the DOT could write up a quick federal regulation that states “the customer is always right” and be done with all air travel problems?

Passenger: Excuse me Mr. Flight Attendant, when I booked my flight I know I chose a first class seat, but this says I’m in seat 27B. They must have added the “7” by mistake.

Flight Attendant: Oh, you must be right. Sorry about that … just head right up front to seat 2B, my co-worker will hang up your coat for you.

The regulations do not give the airlines much wiggle room. From the Wall Street Journal.

Last week the Department of Transportation issued a hard-and-fast rule that carriers will be fined $27,500 per passenger if planes sit on the runway for more than three hours. For a typical 120-seat plane, that works out to about $3.3 million or more per violation. Transportation Secretary Ray LaHood, seizing the opportunity to pander, said at a news conference that “This is President Obama’s passenger bill of rights.”

Glad that has been taken care of.

Federal government may require back-up cameras in cars by 2014 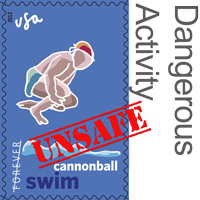