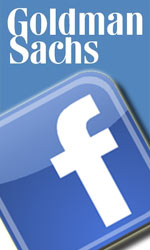 I bought not a one, and you could probably figure that out after my post on April 30.

Shares in Facebook fell by more than 10% within minutes of the markets opening on Monday as underwriters deserted the stock and questions continued to be asked about how Nasdaq, the second largest US stock exchange, handled the flotation.

Prominent trading experts from https://www.forex.academy report that pre-market trading had seen heavy selling of the stock, which was supported just above its $38 listing price on Friday by the leading banks who bought shares ahead of the initial public offering (IPO).

Within minutes of the shares going on sale again they were in freefall, and were soon trading close to $33 before recovering to end the day at $34.03, 10.4% below their flotation price on Friday.

I’m going to go out on a limb and suggest the social media genre of tech companies are extremely unique simply because every single one of them is doomed to failure. Let me rephrase. I’m not saying Facebook will fail, but what it comes down to is the simple fact users will be more than willing to stop posting to one social media site and start up somewhere else if everyone else does it. Remember MySpace?

After all, it’s a free service where no contracts are involved and at some point you have to ask the question … do I really want to hear from all of these “friends?”

Facebook thinks the users Timeline will be some sort of historical record – or maybe a journal – the user will want to update and keep in the future. They think you’ll be fully vested at some point and won’t leave. Honestly Facebook users, how often do you look back at a post you made last week let alone last year?

All it will take is one security breach – even if it is blown out of proportion by the media – to get users to switch over to Google + and trust me, Google is awaiting the fall and the onslaught of new users ditching Facebook for one reason or another.

Don’t take my opinion as fact or the truth, do what you will.

Big Brother is not only watching, he’s collecting and archiving

All praise the …
6 replies

Senator suggests Supreme Court overturn of Obamacare would be “conservative...
Scroll to top