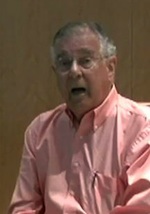 No that’s not me saying that, that’s California Congressman Peter Stark. Listen to his latest town hall meeting.

This comes to us from Ed at Hot Air. Make sure you read his take. The conversation takes place at a Stark town hall meeting last week and it’s revealing. A woman asks a carefully worded and well researched question on the Obamacare mandate. How she wonders can people be compelled to buy a product or service. It’s unconstitutional. Furthermore, how can the government compel people to pay for others who don’t have to money to pay for the mandate. That she says, violates the 13th amendment abolishing slavery.

But it’s not so much the merrits of her question as California Congressman’s answer. The Constitution be damned … there is nothing we in Congress can’t do

Please … vote these clowns out. They have been there too long and consider themselves rulers over our lives. Freedom is slipping away.

UPDATE: The SOS reports that the slavery argument does not hold water, via the 13th Amendment, although she is quick to add that doesn’t take away from Stark’s stark answer. The 13th amendment she says would apply if Doctors were being forced to provide care for nothing, although that day may be coming too.

Still, I think this pic says it all. 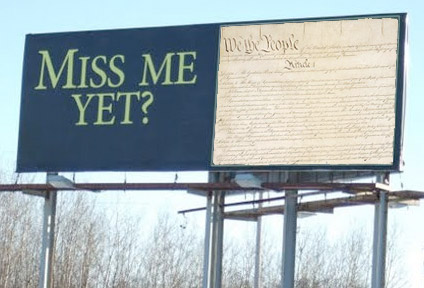 Good news: Your elected officials do NOT know the constitution – Take the poll UPDATE: Ed’s take

Congressman Phil Hare: I don’t care about the Constitution

The Constitution and the debt ceiling

Palin to Obama: No conjones!