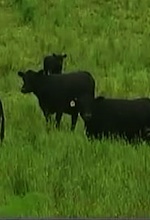 Yes, you read that headline correctly. The federal government has decided that spilled milk creates a serious enough danger that it needs to be regulated, and, the  EPA is just the agency to do so.  Follow the bouncing ball, here.

It seems that the EPA has discovered that milk contains,

a percentage of animal fat, which is a non-petroleum oil.

And, because oil spills can be hazardous, regulation is clearly warranted.  So, here’s what dairy farmers, as well as any places that make “cheese, butter, yogurt, ice cream and the like” will need to do.  They must

prepare and implement an emergency plan in the event of a milk catastrophe.  Among dozens of requirements, farmers must train first responders in cleanup protocol and build ‘containment facilities’ such as dikes or berms… These plans must be in place by November…

Given the seriousness of this potential hazzard the EPA originally proposed additional regulations covering,

the design specifications of  ‘milk containers and associated piping and appurtenances’.

But, the EPA backed off here when they learned that those items were already regulated by the FDA, the USDA and the states.

So much for the President’s promise to eliminate regulations that have an unreasonable burden on business.

What do you do if you don’t like the results?

EPA administrator admits that Cap-n-Trade will NOT affect climate change!

Yet another EPA smackdown

Phony scandals and the middle class

Kondracke and Krauthammer on cap without trade – video