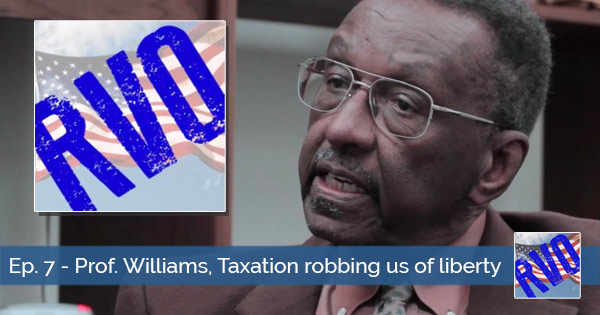 Jim and Jane speak Professor Walter Williams. Williams was a frequent guest on the big radio show, and we’re thrilled to have him join us for the podcast this week. Professor Williams is an economist, author and academic as a distinguished professor of economics at George Mason University.

You can find his syndicated column posted all over the place, including on his own website.

The discussion with Williams revolves around some American’s – mainly on the left – contempt for liberty. Williams has written multiple times on the subject, including a book entitled American Contempt for Liberty.

Americans seem too willing to let politicians take their money through taxation – via threats and coercion – robbing people of their liberty. Some Americans do protest, but politicians do seem to get what they want.

Jane – as a communist defector – believes it’s because most Americans have never been without it. Do Americans get lazy and sheepishly give in since the loss of liberty is so incremental?

EP. 6 – Don Pesci and Retired Major General Marks have a few words for...

EP. 8 – John Hayward on impeachment, and nobody likes Schiff
Scroll to top