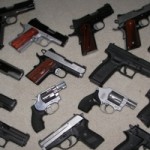 This is a great piece of legislation from our friends in South Dakota. Click here for the full article.

Five South Dakota lawmakers have introduced legislation that would require any adult 21 or older to buy a firearm “sufficient to provide for their ordinary self-defense.”

Obviously this is not going to (or even meant to) pass. This proposed South Dakota bill emphasizes that setting a precedent of mandated purchases is dangerous!  Even if you think that mandating health care is a good idea I am sure you can connect the dots with this metaphorical legislation and recognize that this notion of mandated purchases is a poor one.

Liberals – Is this what you signed up for? Nelson pay off is criminal

Our future under Obamacare