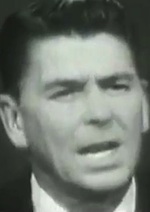 As I have said before and I will say again, this is the most critical election you will likely face in your lifetime. The ones who would rob you of your freedom, your liberty, all in the name of saving us from ourselves, always, and I mean always tell you who they are and what they intend to do.

This video, via Hot Air, was put together by the Republican Study Committee and Congressman Tom Price. I have played each of these sound bites individually on the air, but this video puts it all together. Watch, and be affraid. Government, my friends is not the answer to our problems, government is the problem.

It is my belief that America has indeed been awakened. That it will no longer allow itself to be run by statist clowns in Washington. It will no longer let bureaucrats run their lives. My guess is I’m not the only one who tinks this way either, although not always for the same reasons. This from Roger Simon’s piece in the Politico.

Honest to goodness, the man just does not get it. He might be forced to pull a Palin and resign before his first term is over. He could go off and write his memoirs and build his presidential library. (Both would be half-size, of course.)

I am not saying Obama is not smart; he is as smart as a whip. I am just saying he does not understand what savvy first-term presidents need to understand:

You have to stay on message, follow the polls, listen to your advisers (who are writing the message and taking the polls) and realize that when it comes to doing what is right versus doing what is expedient, you do what is expedient so that you can get reelected and do what is right in the second term. If at all possible. And it will help your legacy. And not endanger the election of others in your party. And not hurt the brand. Or upset people too much.

It was the Progressives of a hundred years ago who began saying that the Constitution needed to be subordinated to whatever they chose to call “the needs of the times.” Nor were they content to say that the Constitution needed more amendments, for that would have meant that the much-disdained masses would have something to say about whether, or what kind of, amendments were needed.The agenda then, as now, has been for our betters to decide among themselves which constitutional safeguards against arbitrary government power should be disregarded, in the name of meeting “the needs of the times” — as they choose to define those needs.

Redistributing GPAs – You really don’t need a 4.0 do you?

Oh Lord … stop the exploitation of the poor – Update: Video Up

News Flash: STDs are a stimulus too
16 replies

The Wizards of Smart speak out: Obama showed courage on Ground Zero Mosque

T-shirt Sale: The US Constitution is a BFD – Only $10
Scroll to top