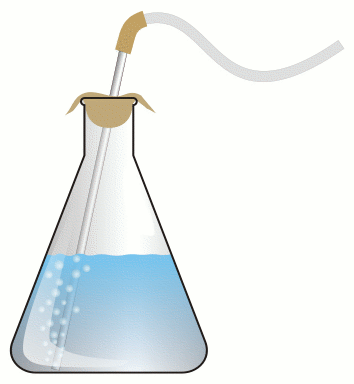 Who really hates science?  The left constantly screams from their talking points about how the right is “anti science” etc., particularly in light of the recent kerfuffles with teaching evolutionary or climate change theory.  But who is actually responsible for the decline in our student’s performance in sciences and math compared to other nations as reported by the Trends in International Mathematics and Science Study (TIMSS), and the bulk of our society’s general disaffection with science and math?  I propose that it is the public schools, controlled by the predominantly liberal teachers and their left wing unions.

In a recent post, I remarked that, contrary to the constant crying of liberals, it is our schools that have contributed the most to the demise of math and science in our country.  The accusations of the left to the contrary are yet another example of their projection of their failings on their opponents, much as their claims of racism and sexism turn out to be.  What matters more: whether someone believes in evolutionary theory, or whether someone understands basic physics or chemistry etc.?

When you look at our schools today, you see a marked decline in the number and availability of AP math and science classes.  In some instances, a student can meander through high school with the barest modicum of math/science courses.  This deficit really shows if the students make it to college, where most universities have created “catch up” courses to teach the students the knowledge they should have gotten from our high schools.  For example, Boston University has a College of General Studies (CGS; formerly known as the College of Basic Studies, or CBS, popularly known as Coloring Book School), specifically designed to fill the widening gap between what a student gets from high school, and what he/she needs to succeed in college.  So the parents are spending money at college to get the children up to standards they should have met in high school, and necessitates that the college utilize facilities and faculty to accommodate these students.

When you come right down to it, isn’t this simply a form of educational affirmative action?  The left drops the ball in education, creating a problem, followed by the creation of a bureaucracy to “fix” it (of course, it never really gets fixed, because all the politicians need a cause célèbre during elections, and all those bureaucrats need jobs).  BU’s website claims that there are 38,000 applicants for 4100 incoming freshman slots.  How many students are accepted into the catch up school?  BU doesn’t say.  More importantly, the real question is: how many properly prepared applicants are turned away from BU to make room for the CGS students?

So the next time you hear some liberal braying about how “conservatives hate science”, or you see some high school kid confused by the little pictures on the keys of the cash registers at the supermarket, think about where they were educated, and more importantly, who was “educating” them.

Maybe the real complaint (or fear) about some anecdotal legislation mandating the teaching of “Intelligent Design” along with regular evolutionary theory is that it might reveal just how little science the children are actually being taught.

Hoffa’s “sons of bitches” is just the beginning of the attacks...
Scroll to top