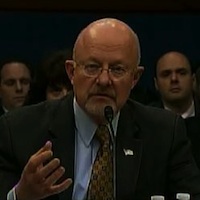 This administration just can’t seem to get it right on Egypt and frankly it’s a bit scary because these are the folks charged with keeping us safe. Yesterday’s comment by DNI James Clapper at a Congressional hearing that the Muslim Brotherhood in Egypt is largely secular was more than even NBC’s Richard Engel could stand. As the Instapundit always says, the nation is in the best of hands.

Seat aside this administration was for Mubarak stepping down before they were against it before they were for it, this is more than even the kindest Obama supporter could stand, isn’t it. Yesterday the Director of National Intelligence told Congress that the Muslim Brotherhood in Egypt is largely secular.

Well, even as Andrea Mitchell is quoting this on air yesterday at 1:30, Richard Engel, listening in Egypt, could not believe his ears and chimes in quickly. Note that Engel knows this region as well if not better than any journalist out there. He has virtually lived in this part of the world for 10 years. It was too much for him to bear.

Andy McCasrthy chimes in on this one too, as only Andy can.

James Clapper, the head of intelligence for the United States of America, has explained to Congress that the Muslim Brotherhood is “largely secular.” It further has “eschewed violence,” decries al-Qaeda as a “perversion of Islam,” and really just wants “social ends” and “a betterment of the political order in Egypt.”

I kid you not.

This is the Muslim Brotherhood whose motto brays that the Koran is its law and jihad is its way. The MB whose Palestinian branch, the terrorist organization Hamas, was created for the specific purpose of destroying Israel — the goal its charter says is a religious obligation. It is the organization dedicated to the establishment of Islamicized societies and, ultimately, a global caliphate. It is an organization whose leadership says al-Qaeda’s emir, Osama bin Laden, is an honorable jihad warrior who was “close to Allah on high” in “resisting the occupation.” The same leader who insists that “the history of freedom is written not in ink [i.e., constitutions] but in blood [i.e., jihad].”

Remember now, this is the same DNI that did not know about the London bomb plot a few months ago. Unreal. Here’s the Clapper moment.

The Nation is in the best of hands: The Holder, Nepolitano, Clapper edition

NBC’s Richard Engel: Yup, McChrystal pretty much summed up how the troops feel 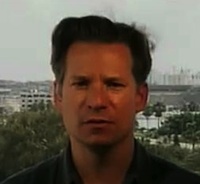