Challenge the media. Challenge your friends. Challenge the congress-critters. And yes, challenge yourself. We’ve pointed out specific sections of current health care legislation that will make things worse for Americans. We’ve given you the page numbers. We’ve told you exactly what it means and what it will do. Why don’t the statists (lefties) point out sections that will make things better?

You might think they don’t care, but in reality the sections we have pointed out that will increase costs, decrease quality and yes, ration care are exactly the sections the statists think will make health care better for Americans. 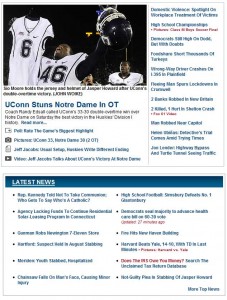 Of course, almost none of the legislation is Constitutional, but congress-critters and the Executive Branch for years have not given a crap about an old document that didn’t improve with time.

By the way, what ever happened to transparency? I thought President Obama was going to bring us the most transparent administration and encourage Congress to do the same. Something about ensuring legislation was “in broad daylight” for five days. Senator Harry Ried (D-Nev.) released the Senate’s version (from a private, locked room) on Wednesday night and the Senate voted on bringing the legislation to the floor for a full debate in less than 16 business hours. Sixteen business hours.

I don’t think the grand Associated Press could provide a substantive review of Reid’s legislation in 16 hours, even if they put 11 reporters on the project.

Hey, now that the United States House of Representatives passed legislation and the United States Senate has officially opened debate on their 2,000-page monster, maybe our local newspaper here in Hartford – The Hartford Courant – will have something on their home page this morning.

The real cost of Obamacare

Democrats Blame Bush for Everything – PROVE IT

Credit where credit is due: Insurance premiums up thanks to ObamaCare
3 replies