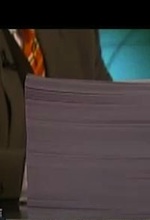 It’s called an Omnibus Spending Bill and if it sounds familiar it’s because the Democrats pulled this on everyone last year too. This one is $1.1 trillion dollars, designed to fund the government, not for a few weeks until the Republicans take control, but fund it through the entire year. Consider it a parting shot by the losing party … and once again it’s full of pork.Dave Ramsey called it theft and he’s right. By passing this bill it stops Republicans from putting together a clean budget and at least attempting to shrink the size of government for one more year. Even better it’s full of pork, project funding requested by both Republicans and Democrats.

Democrats are trying to make the case that none other than Senate Republicans leader Mitch McConnell has pork in this bill as well. But McConnell fired back all request were supposed to be taken up individually and voted on and that this is nothing more than cover for big spending Democrats.

Not many details as of this morning, but they will continue to slip out through the day. Republicans have vowed to fight this thing, including McConnell, because it would tie their hands for a year. Consider this a Democrat parting gift to the Republicans that would institutionalize the bloated big government that Democrats see slipping away.

As for the pork. It’s all there.

Some of the most visible earmark requests belonged to Democrats.

Sen. John McCain and Rep. Jeff Flake and, two Arizona Republicans who long have crusaded against earmarks, blasted the nearly 2,000-page omnibus bill, saying it ignores the will of voters who made clear last month Congress needs to rein in government spending and debt.

Senator Jim DeMint has vowed to stop it all … and have the 1900 page bill read on the Senate floor. Yup, that’l do it.

This bill also funds the unconstitutional Obamacare law that Americans oppose and have asked Congress to fully repeal. Democrats haven’t given Republicans or the American people time to read the bill, but I’ll join with other Republican colleagues to force them to read it on the Senate floor.”

AP at Hot Air calls it a total mess and that Republicans are in revolt. He also points out one more little item that I missed. We are doomed.

Exit question: Are DeMint and Coburn really going to force a full reading of the bill? No wonder Reid’s threatening to hold this sucker over until January 5.

Update: In case you’re not sufficiently excited about the bill already: “Indeed, the Senate bill has more pork fat than the House counterpart passed last week, and far worse, it contains funding for Obamacare implementation.”

It’s party time for the Democrats until January 4.

It’s Not Pork If You Can See It -Update Video

$1 trillion not enough – another $500 billion in the works

The TSA goes T and A … or why we saw this coming months ago.
Scroll to top