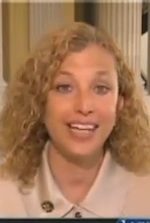 I still am not sure if I should laugh or cry. In case you haven’t noticed this nation has a serious budget problems. $14 trillion and counting in debt. Deficits that topped $1 trillion on a regular basis. Social Security already dipping into the “trust fund”.  Medicare going bust. And yet despite this the Republicans can’t get Democrats to agree to little more than $60 million on an almost $4 trillion budget. In that spirit I have put together a little video just so you can see visually the games the Democrats are willing to play in order to get their way. While Rome burns.

It’s really more than just the demagogy. I mean the analogies are so outrageous I cannot believe that anyone believes him. It’s just the extent to which Democrats will go in order to score political points at a time when our budget crisis is so serious that makes this so disgraceful. Okay, maybe I’m still naïve when it comes to the way politics, but honestly, given what the Democrats have been saying this week, can we ever expect them to get serious at any point in the future about the impending financial crisis.

Enjoy my little mobsters. Be afraid. Be very afraid.

One more point here. Ed Morrissey at Hot Air points out here, it doesn’t matter if what you say is accurate if you’re a Democrat, what only matters is the result and the impact.  And don’t think for 1 min. that Democratic leadership doesn’t know exactly what it’s doing. What’s shocking is that it’s all part of the same strategy, just say anything.

Democrats seem particularly interested in whipping up hysteria over Republican budget proposals and a potential government shutdown.  Over the weekend, Nancy Pelosi accused the GOP of starving 6 million seniors in cuts to a program that services less than 2.5 million of them — and for cuts that aren’t even specified for the program anyway.  Today,Goldman Sachs responds to Harry Reid and Dick Durbin’s contention that a shutdown will damage the economy supposedly based on one of their analyses: ““We never said that,” Phillips said in response to Durbin’s comment. “There was one kind of back-of-the-envelope estimate of a couple months ago that a week of shutdown would [cost] as much as eight-tenths of a percent, so maybe that’s where it came from, but I would not use that estimate.”

For more outrage. Ed points out this was part of the strategy years ago during the Bush administration.

Two days ago, Nancy Pelosi just cut through the hysteria on budgets altogether and said that Democrats should just embrace being the Party of No Plan:

It’s all about the strategy my little mobsters. The ends always justify the means. And you can bet, Republicans will always take the bait. Pathetic.

Oh, by the way, here’s a link to APs famous article on Democrat demagoguery.

Are corporate taxes too high?

It's Not Pork If You Can See It -Update Video

Rep. Holmes Norton: I'm surprised you have not donated to me yet - I'm important

The government can impose values ... but the church? No way!

It’s a deal! But are you happy with it? Government shutdown averted.
Scroll to top