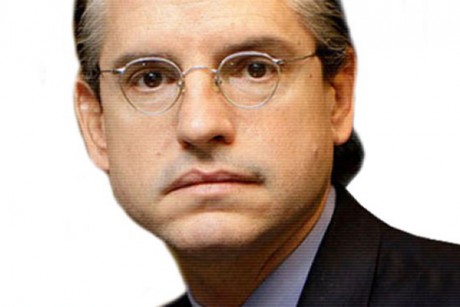 Do as we say, not as we do. Apparently, is the credo of David Brock over at Media Matters when it comes to carrying a pistol for self-defense.

From an opinion piece by John Lott over at Fox News.

David Brock, the founder of Media Matters, had a personal assistant illegally publicly carry a concealed handgun in the District  of Columbia in order “to protect Brock from threats.” Few organizations have declared their opposition to gun ownership or concealed carry laws as strongly as Media Matters.

The group’s opposition to guns has largely been a “scorched earth” approach, demonizing supporters of gun ownership and concealed  handgun laws.

Did we mention that Washington D.C. does not permit concealed carry?

The original story was posted at the Daily Caller on Feb. 12 and includes this tidbit.

Extensive interviews with a number of Brock’s current and former colleagues at Media Matters, as well as with leaders from across the spectrum of Democratic politics, reveal an organization roiled by its leader’s volatile and erratic behavior and struggles with mental illness, and an office where Brock’s executive assistant carried a handgun to public events in order to defend his boss from unseen threats.

By 2010, Brock’s personal assistant, a man named Haydn Price-Morris, was carrying a holstered and concealed Glock handgun when he accompanied Brock to events, including events in Washington, D.C., a city with famously restrictive gun laws. Price-Morris told others he carried the gun to protect Brock from threats.

Late in 2010, other Media Matters employees learned about Price-Morris’s gun, and he was fired due to their objections. No public announcement was made.

According to one source with knowledge of what happened next, Brock was “terrified” that news of the gun would leak. “George Soros and a lot of groups connected to gun control are funding this group, and they wouldn’t be too happy that an employee of Media Matters was carrying a gun, especially when it was illegal in D.C.”

N.J. Democrat: How about $500 per year to exercise 2nd Amendment rights?
14 replies

Ray LaHood way too calm about son being held in Egypt