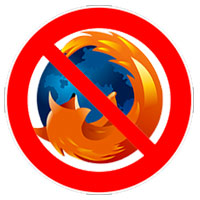 Nobody on the left is going to have a problem with this. You see, the left is tolerant of your personal opinion right up to the point where you express an opinion contrary to their own. Let’s say Chick-fil-A forced a manager at a store to resign because said manager contributed to a campaign promoting gay marriage. Can you imagine the backlash? It would be unprecedented.

Of course, Chick-fil-A would not do that since they are a tolerant company, but Mozilla just forced their co-founder and CEO Brendan Eich to resign after the world found out he donated $1,000 to a group in support of California’s Proposition 8 (gay marriage ban) vote in 2008. Six years ago. The measure passed, but was thrown out by the Supreme Court. From ABC News.

After the announcement that Eich would become CEO last week, some Mozilla staff protested his appointment while three of Mozilla’s directors resigned. OKCupid protested by refusing to allow users to run the dating website with the Firefox browser. …

In a statement on the Mozilla website, executive chairwoman Mitchell Baker, said today: “Mozilla prides itself on being held to a different standard and, this past week, we didn’t live up to it. We know why people are hurt and angry, and they are right: it’s because we haven’t stayed true to ourselves.

This is not my America anymore. This is management by bullying. This sets quite the precedent and has happened before. Eich was never accused of using Mozilla resources, employees or time in support of Prop 8, he simply wrote a check to a group in favor of the ballot measure. This had nothing at all to do with Mozilla. Don’t give me the “he resigned” line, he was forced out.

Mozilla believes both in equality and freedom of speech. Equality is necessary for meaningful speech. And you need free speech to fight for equality. Figuring out how to stand for both at the same time can be hard.

Our organizational culture reflects diversity and inclusiveness. We welcome contributions from everyone regardless of age, culture, ethnicity, gender, gender-identity, language, race, sexual orientation, geographical location and religious views. Mozilla supports equality for all.

We have employees with a wide diversity of views. Our culture of openness extends to encouraging staff and community to share their beliefs and opinions in public. This is meant to distinguish Mozilla from most organizations and hold us to a higher standard.

To be honest, I’d like to officially tell Baker to go to hell. (I’m ticked off, and rarely use such language in a post.)

Remember now kids, it’s completely acceptable to trash and dismiss someone who has a different opinion, while telling the world over-and-over again that you value that opinion and support a culture of openness. I say that’s totally unacceptable, but fair warning folks, if it’s good for you…

I’d like to look into the ability to block users using the Mozilla Firefox browser. I’m certain it’s doable, I just don’t have the time to implement it so it may or may not happen. For now, do what I did … I deleted the Firefox browser from my computer. Why bother with them? People like Mitchell Baker are the true intolerant bigots in this world.

More at Hot Air and Big Government. AP at Hot Air has a similar suggestion to my own.

Start by dropping Firefox, if you use it now, and go from there. If you don’t, this will keep happening.

Well, maybe Ed Morrissey and the folks at Town Hall will start the effort to block Mozilla users from accessing their sites?