It’s really a small recommendation when you think about it, but one, that no doubt will cause gnashing of teeth across the Empire state. A panel set up the new New York Governor has recommended a new tier for pension eligibility that will apply to new state employees and while it will have little affect on the workers there now, I am sure it will be labeled draconian.

The panel’s recommendation is pretty simple. New workers can expect to contribute more than current workers into their pensions and will retire later. From Pensions and Investments magazine.

A commission has proposed that New York state create a new tier of pension eligibility in which new employees in defined benefit plans would pay higher employee contributions and for whom minimum retirement ages would be raised.

In addition, overtime would be excluded in pension calculations, and employees would have to work longer before qualifying for a pension.

The Mandate Relief Design Team offered no details about the proposed new pension tier in its preliminary report that was delivered to Gov. Andrew Cuomo on Tuesday. Changes in the pension system represented only one element of the report from the commission of private- and public-sector representatives that was created by the governor in January.

The commission recommended a new pension tier, called Tier 6, “in order to help municipalities and school districts address their rapidly escalating pension costs,” according to the preliminary report that is available on Mr. Cuomo’s website at www.governor.ny.gov/assets/documents/finalmandate.pdf.

The report said the estimated savings for the Tier 6 pension-level proposal for the local governments and school districts would be “nearly $50 billion” over 30 years.

Obviously New York has tried to fix this pension problem before, not because it’s plans are underfunded, they are not. But because they present a financial obligation to the state, cities and towns that simply is not sustainable. It is precisely what Governor Scott Walker is trying to do in Wisconsin, and for which he and others are being ridiculed and vilified. But this is a Cuomo and a Democrat and therefore exempt from the obligatory Cuomo/Hitler signs.

The recommendation is a small one, and it comes on the heals of Tier 5 set up in 2009 for new hires after that date. The fact that Tier 6 has come on Tier 5’s heals so quickly gives you an indication of the future obligations the state faces. 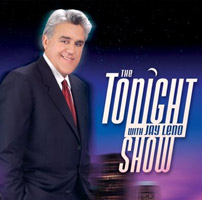 Last one out turns off the lights…

“Outstanding” teacher laid off thanks to union seniority rules

Interview with Sec. Don Rumsfeld – Known and Unknown: A Memoir –...

An expeditied appeal for the Florida Obamacare case
Scroll to top