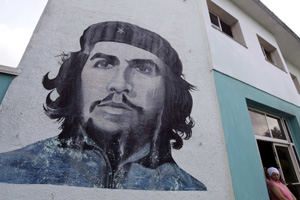 Pull me out of this spin machine! The media at Reuters posted a story early this morning – now highlighted on Drudge Report – that gives readers the impression Cubans have not paid taxes in 50 years all-the-while getting their free services.

Well sure, I guess you can say most Cubans did not write a check to Castro’s version of the IRS, or have withholding taken from their paychecks, but what’s the real story? Reuters starts off this way…

Most Cubans have not paid taxes for half a century, but that will change under a new code starting January 1.

What spin. They don’t pay taxes because employers pay employees almost nothing and then they hand over almost all of what they earn directly to the government. Even when your’re not “paying” taxes in Cuba, you’re paying taxes in Cuba. Why hide or mis-represent this fact?

In the 1990s after the collapse of the Soviet Union, the country’s main benefactor, the Cuban government imposed a few scattered taxes, but mostly preferred to maintain low wages so it could fund free social services.

Oh really? If they did not collect taxes, how did they fund “free” social services?

Under the old system, large and small state-run companies, which accounted for more than 90 percent of economic activity, simply handed over all their revenues to the government, which then allocated resources to them.

The article does not give me the impression they are ditching the old system entirely. How many people are willing to bet all of the state-run companies are still handing over tons of revenue while at the same time implementing the new tax scheme while “increasing” wages?