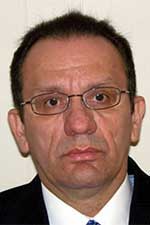 After a long corruption investigation and a two-month trial, current Hartford Mayor Eddie Perez (D) was found guilty of bribery. He was found not guilty of fabricating evidence. Should he immediately resign?

Since this is really a local story, I’ll consider updating this post later in the day, but there really is no reason to re-invent the wheel. Added: Perez has been convicted on five corruption charges, including taking a bribe and attempted extortion, and faces up to 60 years in prison. 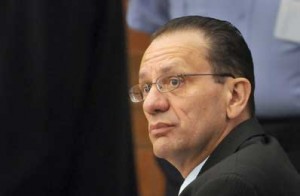 I’ll use the Hartford Courant as a linked resource for those interested in reviewing the history of the case. It all seems to revolve around a mayor who had about $40,000 in personal home improvements completed by a local contractor who had been awarded a city contract or two.

Perez never paid for the work done on his home until after he caught wind of the investigation when he eventually started paying the contractor for the work … two years later.

Here is the story timeline and a collection of past stories from the Courant.

Of course, race is part of the story, since the lawyers began expressing concern about the racial make-up of the jury back in April. Makes me sick…

I may put a poll up for the weekend, but in the comments let us know if you think Perez should resign.

Update: More from the Hartford Courant, with my emphasis in bold. On his way out of the courtroom, there was a report Perez would be making a

Perez was charged with receiving a bribe, fabricating evidence, accessory to the fabrication of evidence, conspiracy to fabricate evidence, conspiracy to commit first-degree larceny by extortion and criminal attempt to commit first-degree larceny by extortion in the trial that began May 12. The only charge Perez was not convicted of is fabricating evidence.

Defense attorney Hubert Santos acknowledged that the mayor showed bad judgment in some instances, lied to an investigator, and was distracted by his wife’s illness, but maintained that there was no corrupt agreement with the city contractor who did the home renovations, and no attempt to facilitate a payoff to North End politician Abraham Giles.

Update2: Doug Powers at Michelle Malkin’s blog notes the AP story about the Perez conviction does not mention his party affiliation at all … nowhere in the article.

This is it! Open Thread
9 replies

Obamacare: the government’s legal arguments, part I
Scroll to top