Rick Green at the Hartford Courant points us over to Liberty Street Economics, the blog of the New York Federal Reserve.

If colleges keep raising tuition rates – UCONN has guaranteed tuition increases of 6 percent (about) per year through 2016 – the amount of total student loan debt will only increase in our current economy.

So what has the government do about the rising cost of tuition and expanding student debt?

Student loans have received considerable media attention in recent months as researchers and policymakers voice growing concern about the heavy debt loads assumed by students and their parents. In addition to worries about the volume of outstanding student debt, there is concern about having enough federal aid to support the large number of students taking up postsecondary education. Federal and state governments are deeply involved in the student loan market, either directly originating student loans or indirectly guaranteeing them. The Health Care and Education Reconciliation Act, signed into law last year, ended private lending of federally subsidized loans, approved expansion of Pell Grants, and appropriated funds to invest in institutions that serve minority and low-income populations. Still, advocates for students clamor for more to be done to increase the availability of student loans. Further, state budget cutbacks to higher education amid tight fiscal circumstances may result in higher tuition.

Let me state this plain and simple for everyone. Bailout. President Obama wants to wipe out at least one-half of all student debt. At least that is how it will be presented to you, but in reality he would be simply transferring the debt from students to future generations of Americans.

You see, trillion is the new billion. When you’ve run $1.4 trillion deficits at the federal level for year after year you’ve set the new “normal” standard. The next step will be to take $500 billion (or more) of student loan debt and wipe it out; charge it to the federal government over a five year period, claim victory, and keep going.

Who gets to keep their pay raises, increase tuition and guaranteed pensions? 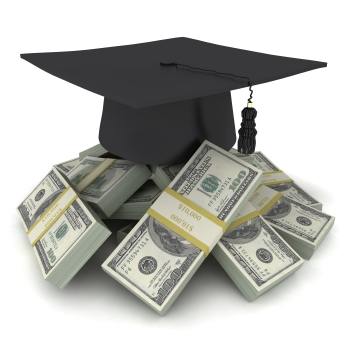 Up next: student loan forgiveness

Windmills Posing A Threat to Bats