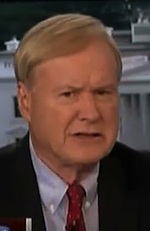 Hey, this is from the Democrats, democrat. The conversation starts over the latest Q poll and Matthews wonders why people in Connecticut support a “lier”. Matthews doesn’t buy the apology and can’t quite figure out why the polls show him with such a big lead. Me too.

Is this really a case of Blumenthal just being a nice guy … or is it the the folks don’t like McMahon?

Matthews calls on Obama to dump his teleprompter again

Those Chilean miners would be dead if they were in the … Tea Party?

Sec. Clinton does not think the rich pay enough taxes
Scroll to top