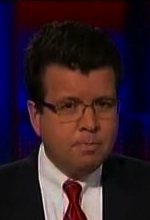 Fat seems to be a theme in Washington these days and frankly, it’s starting to really tick off one Neil Cavuto. Now you know how much I love Neil. He rarely takes offense at anything said about himself, but often at simply ridiculous comments made by others. Well we have one of those moments my little hostage takers … and this time the target is …. drum roll please … Chris Matthews. Yea!

Newsbusters reported on Friday about some comments made by Chris Matthews that Christie was just too fat to be President, or at least to be taken seriously as a candedate.

Hardball host Chris Matthews appeared at a local event in Washington D.C. on Thursday to trash Republican Chris Christie as too fat to be President. The Washington Examiner reported that Matthews derided the New Jersey governor, mocking, “Chris Christie is moon over New Jersey, he should not wear white shirts, I tell you that.”

He continued, “I saw him the other day and I was amazed by it, he must be 300 plus, and that’s something he’s just gotta deal with because you’re not going to say, ‘I’m going to cut the budget,’ well, how about starting with supper?”

Ahem. Excuse me? Well that was all Neil had to read … and my TV host idol took Mr Matthews to the wood shed. Ouch. Neil is a bit portly, although I must say he is looking much trimmer. Not Hollywood, Brad Pitt trim mind you, but quite good. Still the mindset is there for the man who often speaks of cannolis like a guy talks about his elementary school crush. This is so worth watching just for the historical perspective it offers.

This isn’t the first time Christie has taken a body slam over his weight. Corzine tried it last year in the race for Governor and it backfired badly. The money line there comes at 5:32 in the YouTube video.

But I do not expect the same negative reaction to Matthews this time. Well, because mostly if a tree falls in a forrest and no one hears it does it make a sound? Ya know what I’m saying?

Matthews calls on Obama to dump his teleprompter again

Did you hear the one about 3 million jobs created or saved?

“No Labels” Group meets … or why I would prefer you not call...

Michelle Obama to parents: we can’t leave it up to you to feed kids the...
Scroll to top