While the White House and party leaders are urging calm, Democratic incumbents from red states and Republican-leaning districts are anything but; Tuesday’s statehouse defeats have left them acutely aware that their votes on health care reform and other major Obama initiatives could be career-enders in 2010 or beyond.

“I should be nervous,” said Rep. Parker Griffith, a freshman Democrat from Huntsville, Ala.

NY 23 aside ( what a mess, and the Republicans have no one to blame except themselves), Neil Cavuto thinks NJ and VA sent shock waves through the hearts and minds of Democrats in red districts. Maybe more. Is Neil right?

Add to Tuesday’s results, today’s Health Care rally in DC and we may be looking at a climax in the fight against this crummy health care bill. I wonder … but I still worry. And here’s why.

House Democratic leaders, undeterred by delays in the Senate or this week’s Republican electoral triumphs, plan to call a vote Saturday on the most sweeping overhaul of U.S. health-care policy in four decades.

The House will move on the $1.05 trillion legislation that would cover 36 million uninsured people and create a government plan to compete with private insurers even after the election of Republican governors in New Jersey and Virginia. PresidentBarack Obama will go to Capitol Hill tomorrow to meet with House Democrats, as they seek the 218 votes they need to pass the bill, a Democratic leadership aide said.

I worry … my mom worries. 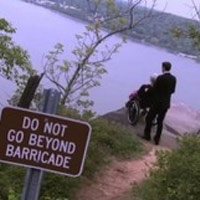 Cavuto on Brown, Obama and pickup trucks – Off his rocker

It’s Not Pork If You Can See It -Update Video

Liberal playbook 101 – GOP will throw seniors off a cliff … literally

It’s Not Your Powder