I’ve been meaning to write a post about this program for the last month or so. The way I figured it, those who took advantage of the program may be able easily end up with a used 2003 Cadillac Escalade that gets 13 miles to the gallon.

Last night we learned the federal governments “cash for clunkers” program is quickly running out of cash due to its unexpected popularity. They will soon pull the plug.

So how could you end up with a nice Cadillac Escalade which gets 13 miles to the gallon? In short, there is no requirement to keep the new car you purchase with the help of the federal governments Car Allowance Rebate System (CARS) program.

Let’s say you pick out and purchase a “clean” car that costs about $17,000 and gets 11 miles per gallon more than your old car. You take advantage of the CARS program, turn in your old car, and get the $4,500 credit applied to the cost of your new car that now only costs you $12,500. 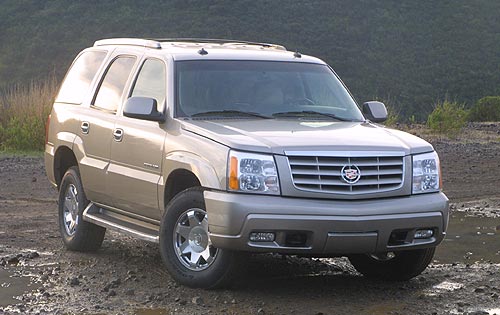 I’m not taking credit for this idea, since after I thought about it, I found a few other blogs suggesting the same thing. Alan Renyolds at the Cato @ Liberty blog suggested – back in early June – turning a 2009 Dodge Caliber into a sweet 1970s-era Chevy Chevelle SS.

Others blogging include Malkin, Allah at Hot Air,