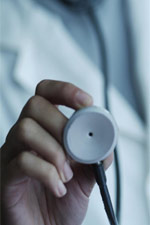 Although this story is about the situation in Texas, it is happening in other states as well. As it turns out, it costs more money to take care of the needs of senior citizens then what the government plan is willing to pay.

Let’s say you own a restaurant and charge $20 for a nice steak, potato and side salad. To create that meal, your total cost – including the ingredients, lease on equipment, insurance, utilities, payroll, and taxes – is $15. That leaves a few dollars profit for you to pay yourself, expand in the future and maybe open a second restaurant in the future.

Would it be acceptable for your diners to order the meal, pay you $10 for it and walk out the door? Of course not. You would either not serve the customers or end up closing your business after you ran through all of your savings.

A similar situation is happening inside doctors offices all across the country, simply because Medicare and Medicaid will not even cover the cost of care. From the Houston Chronical.

Two years after a survey found nearly half of Texas doctors weren’t taking some new Medicare patients, new data shows 100 to 200 a year are now ending all involvement with the program. Before 2007, the number of doctors opting out averaged less than a handful a year.

“This new data shows the Medicare system is beginning to implode,” said Dr. Susan Bailey, president of the Texas Medical Association. “If Congress doesn’t fix Medicare soon, there’ll be more and more doctors dropping out and Congress’ promise to provide medical care to seniors will be broken.”

Wait a second … I swear Congress just did something to fix health care in this country. I even saw Nancy Pelosi with a big frozen smile on her face and the vice president said it was a big flippin’ deal.

The uncertainty proved too much for Dr. Guy Culpepper, a Dallas-area family practice doctor who says he wrestled with his decision for years before opting out in March. It was, he said, the only way “he could stop getting bullied and take control of his practice.”

“You do Medicare for God and country because you lose money on it,” said Culpepper, a graduate of the University of Texas Medical School at Houston. “The only way to provide cost-effective care is outside the Medicare system, a system without constant paperwork and headaches and inadequate reimbursement.”

Read the full post over at the Chronical. Steve Gilbert over at Sweetness & Light notes …

By the way, our headline: ‘Texas Doctors Fleeing Medicare In Droves,’ was the original headline for this Houston Chronicle article.

It’s always curious the way news editors try to tone their stories down.

Now that the bill has passed, let’s see what’s in it!

You crazy wacky libertarians you.

The Evolution of Richard Blumenthal
Scroll to top