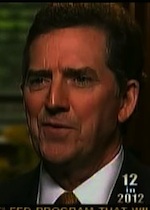 I understand where Senator Jim DeMint is coming from here, but honestly, does he really believe I have to believe homosexuality or cohabitation is wrong in order to see the errors of out of control spending at the Federal level? Listen and learn my little small “l” libertarians.

Senator Jim DeMint, who is happily positioning himself as a leader of the Tea Party movement in Congress, made the statements last night on Special Report. The portion of the video I have clipped includes DeMint’s involvement in the Tea Party movement and ends with the statement that gives us the title of this post. If you would like to see the entire clip on DeMint, AP has a post here.

I see his point. Fatherless children, cohabitation in the inner cities, sexually transmitted diseases are all a cost to society that Government is more than willing to bear, in the name of compassion, or is it votes? But I am lost. Is this what the Tea Party Movement was about?

The real problem here is personal responsibility or lack there of. This Government over the last 50 years has done a marvelous job of eradicating personal responsibility. Consequences of action, alone, should be enough to stop irresponsible behavior. But the Government has eliminated such consequences by acquiescing to groups who have become a powerful force in electoral politics.

I do not support gay marriage. In my world, marriage is a sacrament. But neither do I support a gay marriage amendment. It’s not the government’s roll to be involved in marriage in the first place, in my view. But when the state became involved, I would imagine it can define marriage however it wishes.

My position on aborting babies is clear. It is wrong. It is life and the state should indeed be in the job of protecting life, at both ends of the continuum. That view, despite what some may say, is very much libertarian. Defense of life. The state should not be funding abortion. But even in this case, outlawing abortion will not stop abortion. It did not before and it won’t in the future.

Thus, it is my belief that the state has no business intervening in social issues, where free choice harms no one but the individual but where consequences are born by the individual and not the state.

We have a strong religious community in this country which used to provide the guidance and care in these matters, until the state usurped that role. As I have said before, I have a Priest and a Minister, and you might have a Rabbi or an Imam … I don’t want my Congressman to be any of them.

UPDATE: Take the poll on the left.