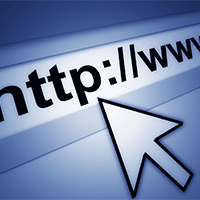 A 16-year old from Rocklin, Calif. was unhappy she was unable to access the Internet after 10 p.m. She took matters into her own hands and – with the help of a friend – drugged both of her parents so she could turn the service back on and surf the net.

If this is not a serious felony, I’m not sure where the line would be drawn. From the UK Guardian.

The mother and father of a 16-year-old girl in Rocklin, California, were in the habit of shutting off the home internet at 10pm. In order to get round the curfew, their daughter and a 15-year-old friend offered to pick up shakes from a fast-food restaurant, which they then allegedly drugged.

According to police, the parents thought the shakes had an odd taste and stopped drinking them. An hour later, the parents were asleep, and the girls were able to use the internet as they pleased.

The parents reported hangover-like symptoms when waking up at about 1am, and again in the morning. Unsure why, they bought a $5 drug testing kit at the local police station to test themselves. When the results came up positive, they returned to the police station with their daughter.

Both of the teens were charged with willfully mingling a pharmaceutical into food, and conspiracy. As a child therapist mentioned in the story, this is not healthy behavior. There has been no indication which drug was used – or what sites the teens visited while the parents were passed out – but this certainly deserves to be looked at by the California legislature. Where did the kids get access to the drugs? How did they get access to such a large quantity of drugs? Why was the Internet so important to access they felt the need to drug people to access it?

Government must do something to avoid this in the future.

Update: Sorry, I just found out what the teens did was already illegal … oh well, I guess we’ve just shown again that you can not legislate morality.