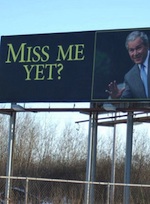 Thanks to Jim Hoft, who just loves economics, we are able to continually track “The One’s” progress on deficit spending vs the lies spread by the lefites. Miss him yet?

According to the WSJ … the deficit continues to grow at an astronomical rate:

Federal spending eclipsed revenue for the 22nd straight time, the Treasury Department said Wednesday. The $165.04 billion deficit, while a bit smaller than the $169.5 billion shortfall expected by economists polled by Dow Jones Newswires, was the second highest for the month on record. The highest was $180.68 billion in July 2009.

But those are just the head popping numbers. Jim gives us the track back perspective:

Once again, the facts…
THE TRUTH – TAX CUTS GROW THE ECONOMY.

After an unheard of record deficit last year of $1.4 Trillion the economy is on track to experience a $1.47 Trillion deficit this year.

Once again, for old times sake: 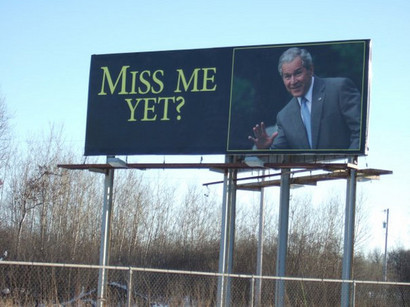 Obama plans to head to Massachusetts to campaign for Coakley

Cavuto strikes back at Obama snub

The “Shoe” Is On The Other Foot Now
19 replies

Larry Elder on “”Cowboy’s” successor and the middle...

Howard Fineman: Hey, you folks in Connecticut are too smart to elect McMahon,...
Scroll to top