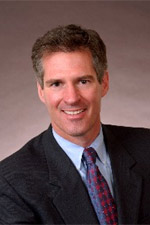 Sen. Scott Brown (D-Mass.) might have some explaining to do. During a call-in segment on the Howie Carr Show yesterday about 5:45 p.m. ET, a caller was not happy he (Brown) voted for the New START treaty. The caller stated the US would not be able to respond to a chemical or biological attack with nukes.

I don’t have the audio, but my recollection is Brown not only told the caller he was totally wrong, but he basically berated him for getting information from “some blog” or something. He also went on to tell the listeners how he read through the treaty, was able to get questions answered from the Pentagon, military leadership and Democrats in Congress. He was informed – the caller was an idiot for even suggesting such a thing.

He was quite comfortable with his position that if there was a bio or chem attack on United States, New START would not limit the response to conventional weapons. Nukes would be an option.

Now where would such an ill-informed caller get such bad information? The reference to this specific issue came up in April of this year where news reports – and yes blogs – were humming about New START immediately before and after President Obama signed the treaty.

[Sarah] Palin, the former Alaska governor and 2008 vice presidential nominee, created a stir by criticizing Obama and suggesting he was weak on nuclear defense while he was overseas.

She expressed outrage over a provision that says the U.S. could launch a potentially devastating conventional military strike, but not a nuclear one, if a non-nuclear state were to use chemical or biological weapons against the U.S. or its allies. She likened Obama to a kid poised for a playground fight who said: “Go ahead, punch me in the face and I’m not going to retaliate. Go ahead and do what you want to with me.”

That spurred an intercontinental tit for tat with Obama and set the stage for more Republican hopefuls to object to the treaty.

Ahh, Palin. She certainly does not know of what she speaks, <sarc> so let’s check out the journal of record, the New York Times, from April, 6.

It [New START] eliminates much of the ambiguity that has deliberately existed in American nuclear policy since the opening days of the cold war. For the first time, the United States is explicitly committing not to use nuclear weapons against nonnuclear states that are in compliance with the Nuclear Nonproliferation Treaty, even if they attacked the United States with biological or chemical weapons or launched a crippling cyberattack.

Have issue with New York Times stories? Well how about Media Matters, who references a Charles Krauthammer’s Washington Post piece from early April. Get this … the quote in Krauthammer’s piece is from none other than the current Secretary of Defense.

Under President Obama’s new policy, however, if the state that has just attacked us with biological or chemical weapons is “in compliance with the Non-Proliferation Treaty (NPT),” explained Gates, then “the U.S. pledges not to use or threaten to use nuclear weapons against it.”

So Sen. Brown, would you be willing to explain the comments made by SECDEF Gates? Maybe apologize for berating a caller and suggesting his information sources were crap?

There are multiple stories on the Internet which references the administration’s remarks concerning the New START treaty. We will not be limited when it comes to deploying nukes, but I can not find any information that refutes Gates’ comment in April.

My normal next step would be to go and read the full treaty, but it’s Christmas Eve, Eve … and I’ve got places to go. My guess is the treaty is kind of ambiguous as all legal documents are, but I did read through the reality check page and it mentions nothing about a nuclear response to chemical or biological attacks. I quickly searched the treaty itself and could not find the words chemical, biological or conventional.

Even if New START does not prevent us from responding with nukes to a chemical or biological attack, the point of my post is that Brown dismissed the caller outright, even though the caller got information from solid media and administration sources.