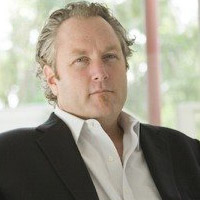 I’m shocked really. Andrew was three years younger than myself and it really makes you think. Andrew leaves his wife Susie and four children. So sad. 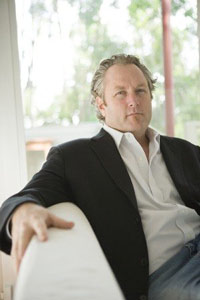 Andrew passed away unexpectedly from natural causes shortly after midnight this morning in Los Angeles.

We have lost a husband, a father, a son, a brother, a dear friend, a patriot and a happy warrior.

Andrew lived boldly, so that we more timid souls would dare to live freely and fully, and fight for the fragile liberty he showed us how to love.

In some ways, Andrew was our Merry Prankster.  He was willing to take risks and look foolish in order to make a point or win an argument, with more courage than most would muster.  No one who saw it will ever forget how he seized the podium at Anthony Weiner’s press conference and demanded vindication from media outlets who had been disparaging him and defending Weiner when the former Congressman got caught literally with his pants down.  Few men have had the kind of impact Andrew did in such a short time, and he leaves behind a media empire that is still gaining strength.

I’m stunned. He was kinetic, brash, relentless, full of fight, the bane of the Left, and a mentor to the next generation of right-wing activists and citizen journalists.

In the war against the institutional Left, Andrew Breitbart was the Right’s Achilles; the bravest of all the warriors, now fallen on the plain. There was no combat in which he would not engage, no battle — however small — he would not join with glee, and no outcome acceptable except total victory. His unexpected death last night at the young age of 43 is not the end of his crusade, but its beginning.

Obama Energy Secretary: no our goal is not to lower gas prices (video in co...

Too good to check – Obama keeps Air Force One in air to watch end of basketball...
Scroll to top