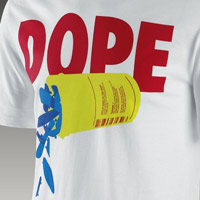 Have you experienced a runner’s high? Alas, during my thrice-weekly 5K journeys this spring – a.k.a my personal torture sessions – I have not experienced what is described as a “runner’s high” and my guess is Boston Mayor Thomas Menino (D) hasn’t either. 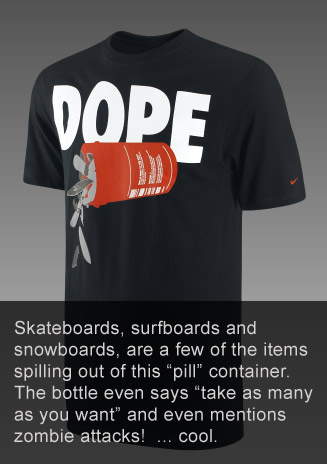 Nike’s new marketing campaign – highlighted in the window of Niketown’s Newbury Street store in Boston – is promoting the active lifestyle. But since Nike has put what I would describe as a clever twist on the stupid drug culture, Menino is urging Niketown remove the display and avoid the suggestive wordplay that is “promoting the issue of drugs.”

Immediately, I saw this campaign for what it is … an anti-drug marketing campaign. Menino didn’t get it.

Menino was walking along Newbury Street with his wife over the weekend when he spotted the T-shirts. One of them said “F Gravity.”

“I said, ‘This is outrageous,’ ” Menino told the Herald yesterday. “What we don’t need is a major corporation like Nike, which tries to appeal to the younger generation, out there giving credence to the drug issue.”

“They are promoting drug use,” added Menino, who said the store was closed when he came upon the display. “This is the wrong message for Nike to send.”

Sure, some of the T-shirts may be walking the line, especially the F Gravity one, but come on … if you ask any young adults or teens about this campaign they will see it as a clear message – get active and get high on life. That’s right, Nike is taking the popular marketing campaign from years ago “Get High on Life Instead of Drugs” and putting it into an up-to-date campaign that will probably resonate with the target audience.

Exit question: Would those of you who think this campaign sends a pro-drug use message have the same opinion if a bunch of high school kids came up with the same campaign – sans the F Gravity shirt – on their own in some sort of contest? How about explaining how this is a pro-drug use campaign?