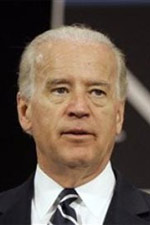 Even though we refer to Washington, D.C. as the capital of the free world, Vice President Joe Biden suggested Brussels – in Belgium – may well have claim to that title. But would Brussels still exist as a capital for not the allied forces in World War I and World War II?

I’m not one to claim Brussels is not the capital of the free world – it’s not for me to say – but Biden has again proved this administration acts stupidly by traveling abroad and downplaying the role of the United States of America in her defense of the free world.

As a reminder to the vice president, in May of 1940, Germany invaded Belgium and for more than four years was occupied by Hitler’s Nazi Germany. During the winter of 1944/1945, one of the most known battles of World War II took place.

We remember the Battle of the Bulge, where more than 19,000 American servicemen were killed in action and another 75,000 wounded. Another 1,400 British were killed or wounded.

The Battle of the Bulge was the single largest battle fought in World War II. Between 60,000 and 120,000 Germans were killed or wounded, and another  3,000 civilians were killed.

At the time of the German invasion Belgium had a king, yes a king.

As you probably know, some American politicians and American journalists refer to Washington, DC as the “capital of the free world.” But it seems to me that this great city, which boasts 1,000 years of history and which serves as the capital of Belgium, the home of the European Union, and the headquarters for NATO, this city has its own legitimate claim to that title.

Someone PLEASE … Caption this – Biden & a few bikers (Updates)

Expected: Obama will campaign to bail out Detriot

Another liberal who has not read the Arizona illegal immigration law