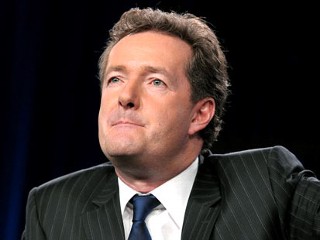 Last night, Ben Shapiro – editor-at-large of of the Breitbart.com group – took on CNN’s Piers Morgan on the gun control issue. Morgan really is a bully, refusing to have any sort of meaningful discussion with Shapiro, but that was not unexpected. I have not seen Shapiro in this type of role before, and I think he did a pretty good job.

Like former Gov. John Rowland (R-Conn.) does on a regular basis, Morgan elicits and gets the response he’s looking for. Shapiro reminds him the 2nd Amendment exists – and we should have access to semi-automatic rifles – to protect law-abiding United States citizens from government tyranny.

You could actually see Morgan roll his eyes on TV last night. I’ve reached out to the Breitbart editor to remind him there are many other very valid reasons for law-abiding citizens to have access to semi-automatic rifles and high-capacity magazines.

Notice how Morgan completely forgets about the single most deadly shooting by one gunman in our history? The Virginia Tech massacre was perpetrated by someone who illegally purchased two handguns while breaking federal law.

This is the full interview … I would not be surprised if it is soon pulled.

What We Believe Part 2 & 3 – Elitism and wealth creation