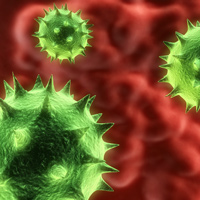 Ramesh Ponnuru over at National Review has a must-read post concerning the ban on plastic bags. As it turns out, those reusable “recycle friendly” bags you buy at the local store for $1.99 each can be dangerous to your health.

I never even gave this much thought. This is kind of like using a glass or plate over-and-over again, day after day without washing it. You’d never do that … but you’re going to groceries stores every day reusing those bags to transport goods from the produce aisle before they are washed. I’ll stick with plastic bags and put them in the recycle bin thank you very much. From Pinnuru’s article … unintended consequences.

San Francisco has been discouraging plastic bags since 2007, saying that it takes too much oil to make them and that used bags pollute waterways and kill marine animals. In 2012, it strengthened its law. Several West Coast cities, including Seattle and Los Angeles, have also adopted bans for environmental reasons. The government of Washington, D.C., imposes a 5 cent plastic-bag tax. (Advocates prefer to call it a “fee” because taxes are unpopular.) Environmental groups and celebrity activists, including Eva Longoria and Julia Louis- Dreyfus, support these laws.

All good right? Not so much as the Los Angeles Times reports.

A reusable grocery bag left in a hotel bathroom caused an outbreak of norovirus-induced diarrhea and nausea that struck nine of 13 members of a girls’ soccer team in October, Oregon researchers reported Wednesday. The outbreak also affected many family members after the team returned home.

I hate germs… hate them. But is this a one-time occurrence or an outlier? Well, I hope you’re taking the time to wash your bags (97 percent of you are not). The International Association of Food Protection put out a report in 2011. You’ll have to buy the article to read the full study, but this should freak you out a bit.

The purpose of this study was to assess the potential for cross-contamination of food products by reusable bags used to carry groceries. Reusable bags were collected at random from consumers as they entered grocery stores in California and Arizona. In interviews, it was found that reusable bags are seldom if ever washed and often used for multiple purposes. Large numbers of bacteria were found in almost all bags and coliform bacteria in half. Escherichia coli were identified in 8% of the bags, as well as a wide range of enteric bacteria, including several opportunistic pathogens. When meat juices were added to bags and stored in the trunks of cars for two hours, the number of bacteria increased 10-fold, indicating the potential for bacterial growth in the bags. Hand or machine washing was found to reduce the bacteria in bags by > 99.9%. These results indicate that reusable bags, if not properly washed on a regular basis, can play a role in the cross-contamination of foods. It is recommended that the public be educated about the proper care of reusable bags by means of printed instructions on the bags or through public service announcements.

My skin is crawling right now. But in real life, do people really get sick? Here is the abstract from a university study.

Recently, many jurisdictions have implemented bans or imposed taxes upon plastic grocery bags on environmental grounds. San Francisco County was the first major US jurisdiction to enact such a regulation, implementing a ban in 2007. There is evidence, however, that reusable grocery bags, a common substitute for plastic bags, contain potentially harmful bacteria. We examine emergency room admissions related to these bacteria in the wake of the San Francisco ban. We find that ER visits spiked when the ban went into effect. Relative to other counties, ER admissions increase by at least one fourth, and deaths exhibit a similar increase.

Featured Video: Bill Whittle … What difference does it make?
Scroll to top