You may have not heard conservatives in Australia won elections in Oz three months ago on promises by soon-to-be Prime Minister Tony Abbot would start dismantling “green initiatives” that had resulted in job losses and a stagnant economy. The Liberal Party (pretty much conservative) has gotten to work.

From Erika Johnsen at Hot Air. The United Nations is holding another climate conference this week, and Australia is attending.

… Australia is already putting the word out that they have no intention of participating in whatever globalist, redistributive, and ostensibly “green” cockamamie scheme the UN comes up with next.

Johnsen quotes from The Australian.

FEDERAL cabinet has ruled that Australia will not sign up to any new contributions, taxes or charges at this week’s global summit on climate change, in a significant toughening of its stance as it plans to move within days to repeal the carbon tax.

Cabinet ministers have decided to reject any measures of “socialism masquerading as environmentalism” after meeting last week to consider a submission on the position the government would take to the Warsaw conference.

And some fun at the expense of Australia’s unique continent shape. 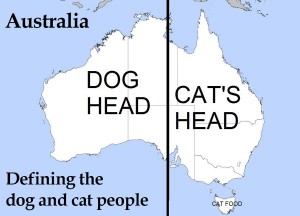 My goodness, the Sun determines the earth’s temperature?
6 replies

How many Obamacare enrollees – so far – are young and healthy?
Scroll to top