He also seems mentally ill, and that serious specific seems almost completely ignored. When someone breaks like this, it is very sad and I fell terrible for the family and those hurt in the tragedy. It has little to do with how Obama is running the country, how Bush ran it, or TEA Party “rhetoric.” 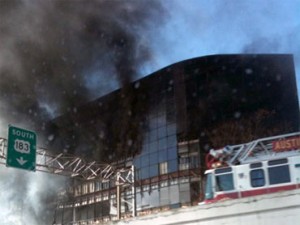 You realize that makes you look like fools right?

And I’ll say the same thing about “crazy” people on the extreme right that blame the socialism-infected academia on Amy Bishop’s shooting spree last week at the University of Alabama. She too, seems mentally ill to me.

Why let a good crisis go to waste indeed.

Michelle Malkin’s column this week goes into the specifics of blame, and how the left seems willing to take one sentence, one act or one association and immediately use that to blame conservatives who simply want the federal government to step back, reduce spending, reduce the tax burden and support and defend the United States Constitution.

It’s not all that much to ask. The lefties can ignore the issue, but with hope and change, maybe Congress will wake up.

Others writing include AP at Hot Air, Hoft at Gateway Pundit, and Sister Toldjah.

Some images from yesterday’s rally

Make no mistake … this is grass roots
1 reply

O’Reilly on guns – disarm citizens during states of emergency –... Crazy health care protestors march on Hartford with pitchforks and torches
Scroll to top